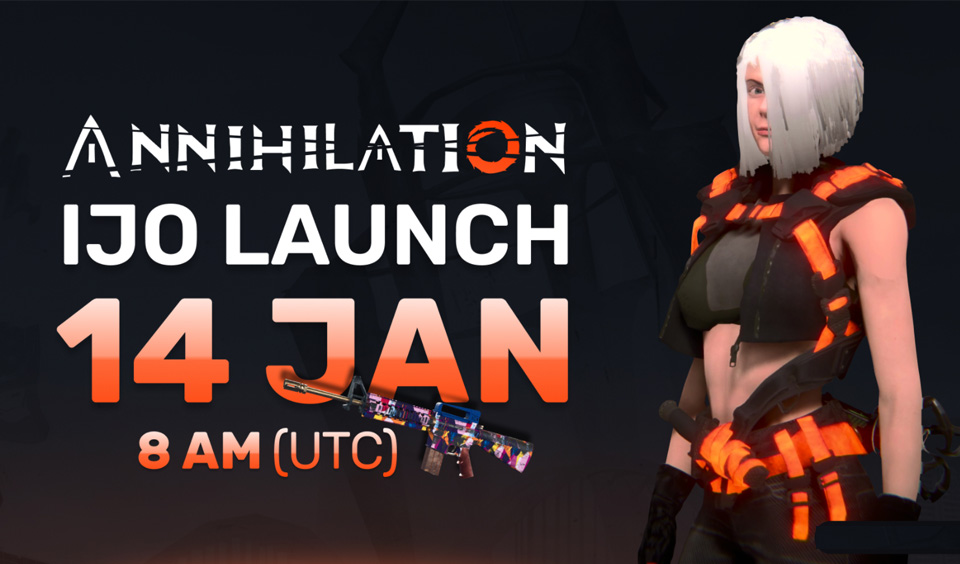 Annihilation CE, an online multiplayer battle royale shooter game, has announced its Annihilation Token Sale, which will take place on Leonicorn Swap on January 14, 2022, at 8 am UTC. Leonicorn Swap is an advanced automated market maker having a dual token model.

During the IJO event, Leonicorn Swap will be introducing Annihilation CE as a new project with its new in-game currency, $ANCE token.

Annihilation Token sale will be live on @swapleonicorn IJO Launchpad this 14 January UTC 8 Am. Kindly follow the instruction given on the #LeonicornSwap telegram group to participate in the Annihilation Token sale. Whitepaper and the website are coming soon. #PlayToEarn #BSC pic.twitter.com/dLFVeoNtYZ

What is the $ANCE Token?

The $ANCE token is the in-game and resident token used in the Annihilation Mobile Gaming metaverse. The token is designed to provide numerous utilities for participants in the game gaming universe. First, it is the in-game currency and can be traded in the marketplace.

Holders of the $ANCE tokens have enjoyed true ownership of the token and other gaming assets in the virtual space. Players can use $ANCE to trade Characters, Skins, Emotes, and Weapons. The $ANCE token is also used for rewarding players that complete quests, tournaments, and other in-game tasks. These are just two of the different utilities that the token can be used for.

Highlights of the Annihilation CE IJO Launch on Leonicorn Swap

To participate in the IJO, you need to stake $LEON tokens on the Leonicorn Swap platform under the “LOCKED STAKING” section. Suffice to mention that the value of your stake in $LEON will determine the actual allocation of $ANCE that you will be able to buy.

For instance, if you stake $LEON that is worth $1,000, you will receive $1000 worth of $ANCE tokens. The $ANCE tokens are released to participants some hours before the opening of the Liquidity Pool for $ANCE on Leonicorn Swap.

Annihilation Mobile is an NFT-based game universe that features remarkable conflicts from both the past and the feature. It is themed around season-based lore and store accompanied by battle royale gameplay.

Players in the universe can customize characters to war against each other to loot items, such as cosmetics, abilities, weapons, and character skills. Suffice to mention that players have full ownership of the virtual items they own and they can trade, swap, alter, sell, or buy them in the game metaverse.

Metaxy to Launch its Fourth IDO on DAO Launch on January 18, 2022