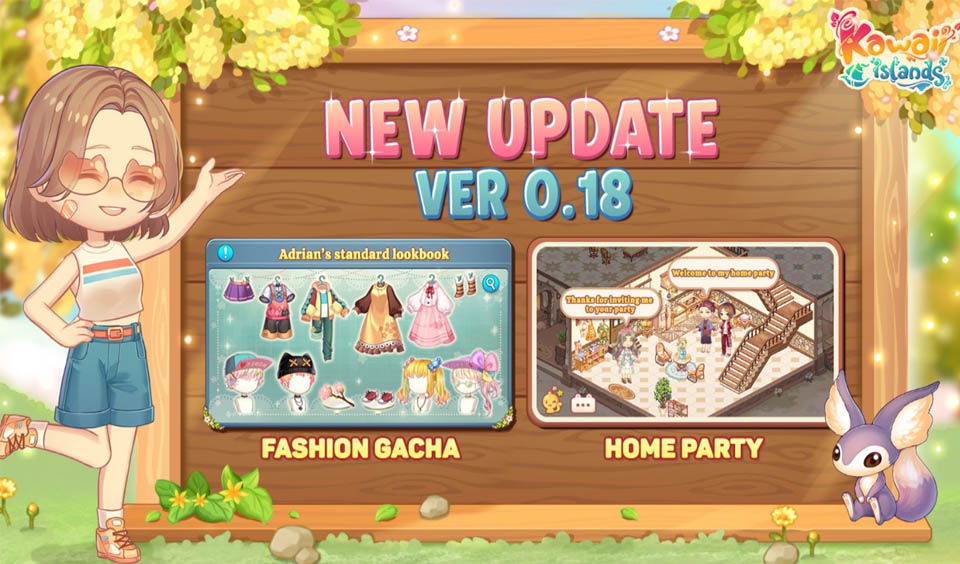 Kawaii Islands, an anime metaverse, has released information about its latest update schedule slated to take place on August 12 at 12:00 UTC.

The updates will cover different areas of the game platform, including the addition of the Home Party feature, Gacha Fashion, and the reduction of Gacha Décor’s gem price.

Kawaii Islands will send out the next update in a few hours, with

Highlights of the New Updates to the Change Log

Addition of the Home Party Feature

This feature will enable gamers who currently own a small home, cottage, or villa of different kinds to throw a party and invite a maximum of four guests per time. The restriction on the number of invites is only in the early phase of the feature.

The game platform has revealed that it will introduce the option to unlock more rooms and with this, homeowners can invite more people based on the number of rooms in their home. They can have up to five guests per room.

The Home Party Feature will allow players to organize public or private parties using a passcode to join. While planning a home party, the host can explore the outdoors to collect fruits, and eggs, feed their creature, and perform other tasks without disturbing the guests and the party.

The gem price of Gacha Décor has been reduced from 110 to 80. With this, gamers can have more opportunities to explore this feature and decorate their property.

According to the game platform, the mobile versions of the updates will have to wait for the store’s approval, and some devices and countries will also not have these updates when deployed until much later. Also, note that it may take a couple of hours or days for the full update on the Store to take effect.

Decentraland Onboard Landowners to the World’s 1st Metaverse ATM

How to Claim the Gods Unchained July Rewards