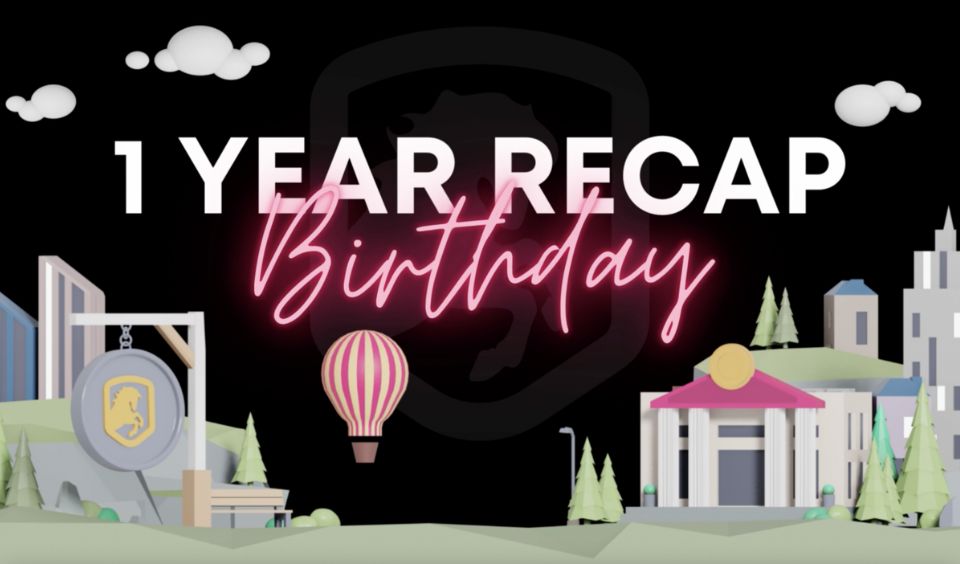 DeRace is proud to announce its one year anniversary. Amidst the celebration, the game also issues a recap of its progress over the last 12 months. For one, its SHO received more than ten times its estimated subscription. Even the IEO on gate.io got 45 times more than the amount proposed. $DERC has risen by 16500% since its offering.

As $DERC celebrates its very first anniversary, let's take a look back at what we have achieved so far & all exciting milestones that are waiting ahead!🔮

Check out the MAJOR project achievements & what's to come👇 pic.twitter.com/WkTgQ8PHnW

Besides the utility token, the NFTs have been breaking ground. The IGO on Binance reached a trading volume of 2.7M within 24 hours and broke the record set by mutant Ape Yacht club. To this day, horses and other digital assets are still hot commodities on OpenSea. The following giants also trust this project in the blockchain industry:

Away from the external accolades, the ecosystem is thriving. The game records more than 7,000 race entries daily. In this regard, the system generates more than 500 races every day. Even the partners want in on the action. There have been more than 20 partner-sponsored events that feature multiple contests. These competitions and regular gameplay ensure that DeRace enjoys an active community.

To maintain and improve the experiences, the game has improved its ecosystem by introducing new features. This includes spin-the-wheel, horse breeding and renting. The devs also added two hippodromes with different surfaces. They also migrated the project to the Polygon network. As such, DeRacers can now enjoy low gas fees on their transactions.

As DeRace marks its one year anniversary, it is incorporating more measures to offer unrivalled playing experiences. First, it launched the DeRace Efficiency Protocol to make the platform more streamlined and player-friendly. There will be updates that will drop in two batches. Upon integration, users will enjoy upgraded gameplay and juicier rewards.

The first batch of upgrades will centre around the main elements of gameplay. It will improve the metaverse mechanics. Here are what to expect from the initial update:

Unlike the first package, the second patch will focus on sustaining the DAO model. Such that the community will be able to run the project by itself. Below is a rundown of the subsequent update: