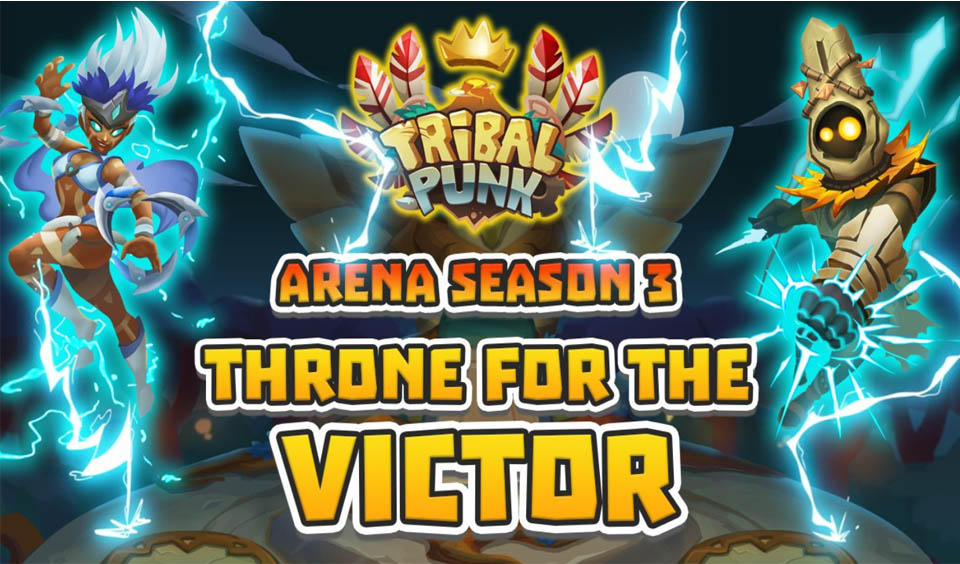 An entertaining idle RPG play-to-earn game metaverse on BSC, Tribal Punk Cryptoverse, launches Arena Season 3: Throne for the Victor. This third season is slated to start on August 11 and ends on August 24.

According to the game platform, this season will maintain the essence of players’ experience during the second season, such as season time, competition rules, and reward calculation.

Highlights of the Ranking Rules

Daily Ranking: The calculation of the daily leaderboard will be premised on the Elo points earned by the player per day. Each day, the daily standings are compiled at exactly 11:59 pm UTC from the first day to the last day of the season. After this, the Elo points will be added, covering the won and lost matches.

When the Elo score of a day is lower than zero, it will be calculated as a negative Elo. Players can check their performance regularly as the leaderboard will be continuously updated at about 10 seconds intervals.

The prices of tickets for the third season will be the same as the price for the second season. Participants can buy up to 50 tickets with prices ranging from 2 $ANTA to 132 $ANTA, depending on the number of tickets you want to purchase. The details of the actual prices can be found on the link provided on the Twitter page of the game platform.

Highlights of the Rewards for Participation

The reward for the 3rd season will follow the same pattern as the second season. There will be daily rewards, daily bonus ANTA rewards, and Arena Season rewards. At least 500 participants will be rewarded during the event.

Participants will be rewarded in SO and Metal Shard for the daily reward and ANTA for both daily bonus ANTA rewards and Arena Season Reward. According to Tribal Punk Cryptoverse, the third season of Arena mode: Throne for the Victory is sure going to be a “truly explosive” season.