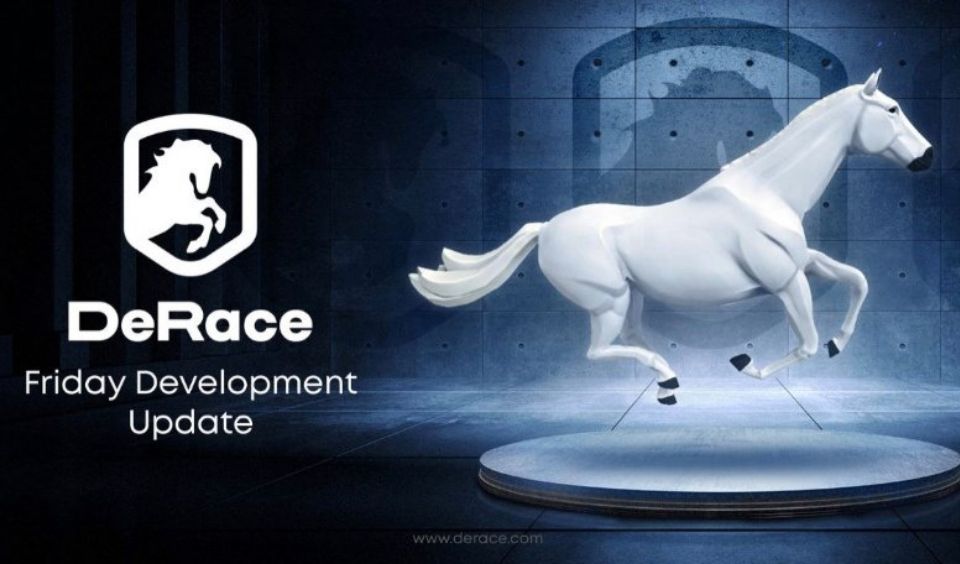 DeRace is offering players improved gameplay in its new update. This came via its regular development update. In this update, it gave details of certain changes to various aspects of gameplay. This update promises to offer a mind blowing game experience to members of its community. Here are some of the things to expect from the update to gameplay.

One major change to the game is the view of Hippodromes. The development team has improved the state of these racing centers. Players will enjoy them in a much-improved 3D view. Asides the 3D view, the new update also offer day and night mode. Depending on the theme of the website users choose, they can change to the mode you prefer. This game is also working on improving the visual parts of these dromes. The experience is set to become even better.

Despite just launching NFT horses recently, DeRace is currently working on improving NFT horses. Upgrading these in-game characters will improved user experience in the game. It is currently working on adding new coats and patterns to the horses. Besides the looks, there will also be changes to animations and movements during races. Actions like running, galloping, pawing and other actions will become event REALER.

There are plans to create an in-game marketplace where players can trade NFTs. However, it needed to test how well the game can handle its own marketplace. It recently launched an in-game shop on the platform. This shop powered the just concluded horse sale and debuted smart contracts. It was first instance of an in-game trading platform. However, this is not the final edition of this marketplace. The developers are observing it and will decide what to include or remove in subsequent updates.

Besides the changes to gameplay, DeRace is changing the schedule of its vesting. Vesting is the process of locking tokens away and releasing them after a given time. These vested tokens often belong to team members, advisors, investors and business partners. Also, they also belong to private individuals who bought them via private presales.

The change in schedule is necessary to relieve the selling pressure. Relieving the selling pressure will help to help to manage the prices as the company releases new coins. Every month, it will release less than 50% of the tokens it planned to release. As a result, the vesting exercise will spill into one more year.

Faraland Issues The Weekly Update for October 3rd to 10th