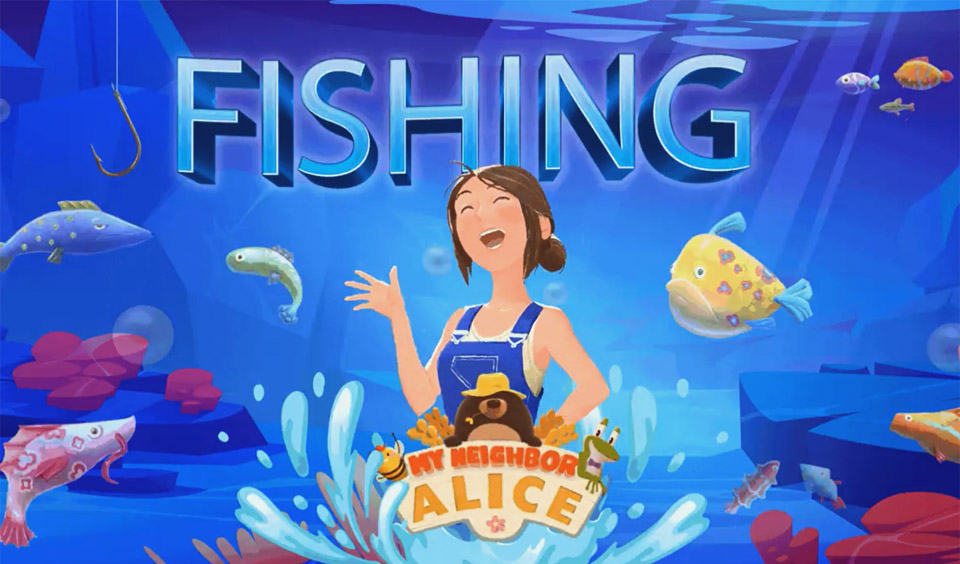 My Neighbor Alice, a blockchain-based game platform, has released a new game feature, fishing, to create more gaming adventures for gamers. To help players understand this new feature and how it works, the game platform has also released a Fishing Guide.

The first step in fishing in My Neighbor Alice is to complete the introductory gameplay tutorial. It is worth mentioning that the gaming mechanics and ambiance are designed to imitate real-life fishing. That means players have to reel in the fish as they balance a bar over where it is located. There are different islands and each has its set of fish.

🏞 The serenity and calmness that we feel while sitting on the bank of the river catching fish can now be experienced in-game in My Neighbor Alice!

Neighbors, we introduce to you our newest game feature, FISHING! 🎉

Currently, there are five types of habitats, five types of baits, and 45 fish species in the fresh, brackish, and saltwater. Some species eat anything while others are very picky. Players must decipher where to locate the different species and what to use as bait to catch them.

How Players can use Their Catches

Fishing is one of the methods players can collect resources in the game. Gamers can sell the fish they caught in the market to earn profits. My Neighbor Alice developers are currently working on new ways that players can use the fish.

The game is first and foremost designed to offer coherence and fun to the general gaming experience on the platform. Farmers can feed fish to their animals to increase their satisfaction and further help them to perform their roles. Gamers can also catch all fish species and collect them on the sticker book.

Highlights of Other Features in My Neighbor Alice Game

Beyond just fishing, My Neighbor Alice will have many new features. Although the game developer is yet to disclose what these new features might be, it confirms that some possibilities include having some fish species made with crafting materials, such as fins created with clothes.

It may also have some species of fish that will eat seeds that would be used for cultivation. There is also the possibility of having some rarest and biggest fish becoming NFT trophies. According to the game platform, the possibilities are endless.

One important factor that is guaranteed in the game is that fishing will become a social feature that all gamers will benefit from in the game platform. The fish species come with different names, including Ice Marlins, Feudal Sharks, and Sunshine Rays, among others.