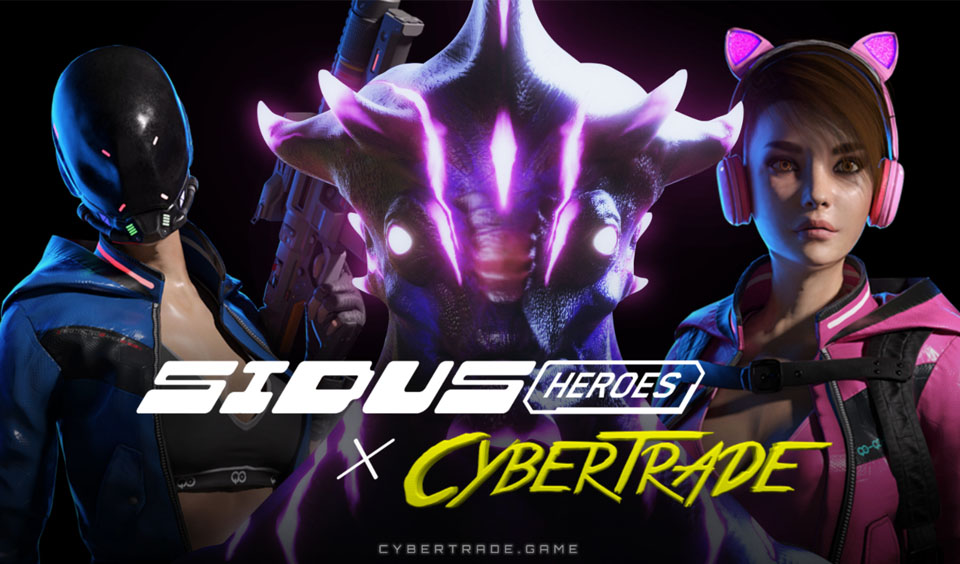 Sidus Heroes, a next-gen AAA+ play-to-earn browser gaming metaverse, has teamed up with CyberTrade, another giant MMORPG Futuristic metaverse, to connect their communities and deliver a better play-to-earn gaming experience to community members in 2022.

It is no longer news that metaverse gaming has become the focal point in the gaming ecosystem. It is a concept that allows players to own NFTs and participate in a revolutionary P2E model. It is undoubtedly a game-changer as it seeks to incentivize everyday users to earn just by trading and playing in-game items that come as NFTs.

⚡️ Epic partnership⚡️@galaxy_sidus is the first-ever WEBGL,AAA-level,Play-to-Earn,NFT and MMORPG game built by an experienced tech company with 200+ full-time employees and numerous successful projects under its belt.🔥https://t.co/EhP4s7sB7r
We'll change the whole #Metaverse! pic.twitter.com/47O0rPSxmP

Sidus Heroes and CyberTrade partnership came as a welcome development in the world of play-to-earn gaming. While talking about the partnership, the game platforms reiterate that they have decided to come together to “connect and support each other on the way to the top”.

The partnership aims to connect both communities, which is good news to users of both platforms. It will bring more opportunities to players, which they can look forward to in the coming months.

The game platforms have also made it known that the goal is to build a joint metaverse that will deliver their goals, which is to conquer the Metaverse gaming world in 2022. Suffice to mention that both game platforms are independently owned with each having its funds, skilled people, and ideas.

The partnership is expected to transform the gaming world. It is believed that the teaming up of these two play-to-earn gaming platforms will birth more partnerships like it in the Metaverse scene.

More Details about Sidus and CyberTrade

Sidus Heroes became popular when it launched its special NFT collection in 2021with immediate sold-out. Over the past months, there has been a remarkable increase in the trading volume of the NFT on OpenSea.

A total of 2,300 ETHs of its NFTs are available on the platform. The game platform has launched two different cryptos, $SIDUS, and $SENATE, and both are a huge success. These two tokens may become in-game assets for the Beta version of the Sidus Heroes game that will launch soon.

CyberTrade recently concluded its private allocation round for its token, $CCASH. It also has numerous public sales on FireStarter and PolkaStarter, among others.