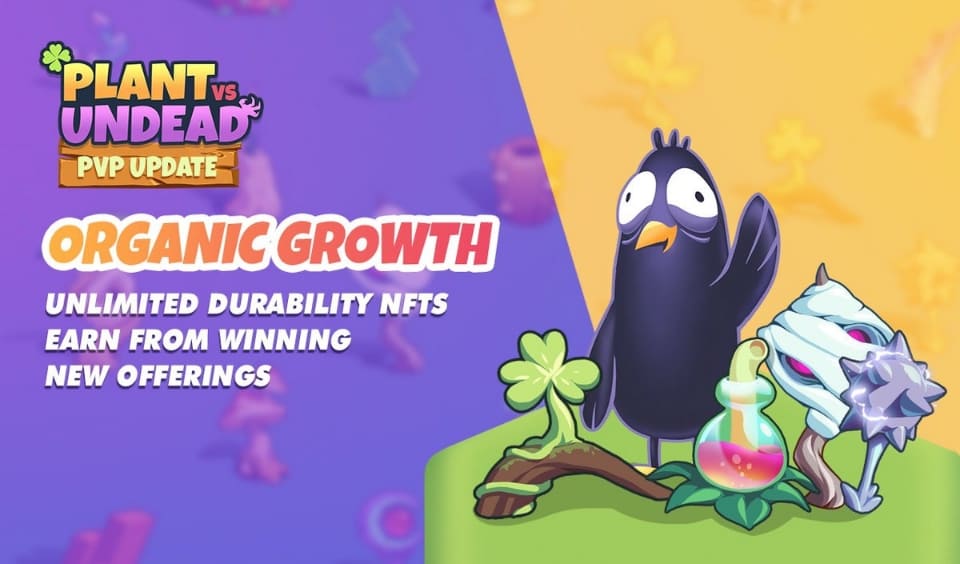 Earlier in October 2021, Plants Vs Undead launched the Player vs Player (PVP) mode. At that launch, it also announced that this new mode will be in seasons. With just 3 days left of Season 1, PVU is issuing the update for the next season. This new season is titled PVP: A New Reign.

This new season will come with certain changes to the course of gameplay. There will also changes to the game’ s reward system. The new offering will be available by the 26th of January 2022. Announcement of this new mode came via the PVU Substack Page. Here are details of the changes you should expect.

Changes in Tokenomics in PVP: A New Reign

Before considering changes in gameplay, let’s examine changes in the in-game economy. This because game’s tokenomics will significantly impact gameplay. In this new season, PVU is introducing a new token – Battle Points (BP). In A New Reign, players will earn BPs from winning battles in the Ranked Mode. However, rewards be according to the NFTs the winner uses while playing. Users can also exchange BPs for FPVUs – 100 BPs = 1 FPVU.

Furthermore, season 2 will be introducing new plants’ attributes. Nature’s Blessing is one of them. This new attribute will have significant impact on how much BPs players will earn per win. The higher a plants Nature’s Blessing, the more its BPs per win and vice versa. Old Offering plant NFTs have lower nature’s blessing while New Offerings have higher nature’s blessing. Minted plants have this attribute in low amount while cloned plants do not have this attribute at all.

Another attribute is endurance, which is only specific to New Offering plants. These plants have a default value of 2 and they have unlimited durability. Plants with an endurance value of 0 will not provide BPs when players use them to win battles. However, players can still deploy them to battles. For every win in the Ranked Mode, the plant’s endurance value will reduce by 1. To ensure balance, PVU will refresh the endurance of plants by 0:00 UTC every day.

In this new season, there will be changes to the course of gameplay. For example, it is renaming Seasonal Mode to Ranked Mode. In addition, PVU will reset all MMR by the end of Season 1. It will also close the normal mode temporally for improvement. Normal mode will return later on with better updates.

Also, there will be a new in-game currency – Growth Energy (GE). This currency is strictly for in-game purposes. You will receive an amount of GE at the beginning of each wave instead of earnings from killing undeads. This currency will not be related to BP or FPVU. Despite the changes, the game remains simple to understand.