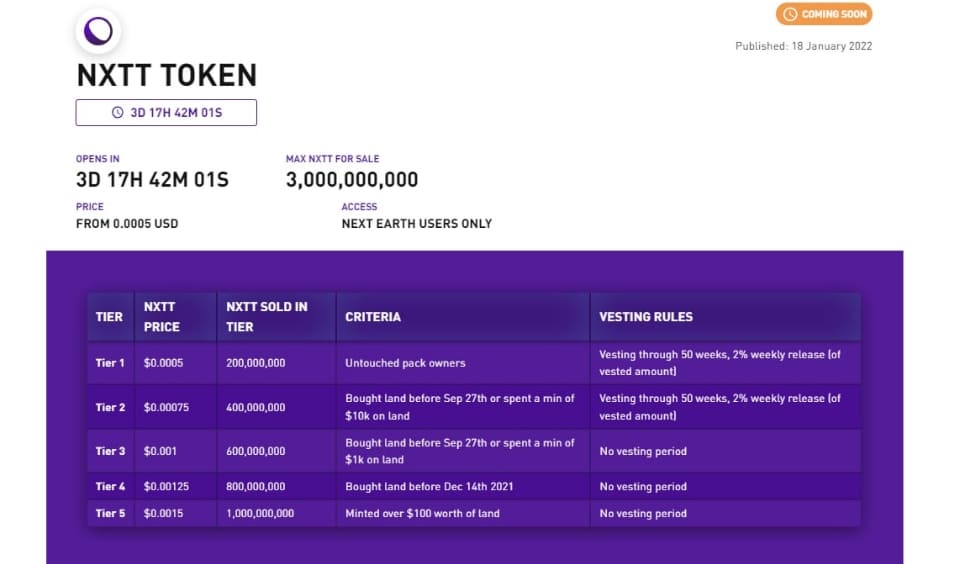 Next Earth is an evolutionary step towards achieving the goal of deliver real-world results for the environment. The game will do this by creating a truly self-sustaining digital ecosystem. Through this project, this blockchain outfit intends to combat challenges facing the environment.

It made this announcement via the PR Newswire website. This is part of its marketing efforts to promote its token and game. Here are details of the NXTT token and the game itself.

Next Earth is a blockchain metaverse that replicates the earth itself. NXTT is the native token of the world’s largest metaverse (Next Earth). The aim of this token is to generate revenue towards the development and sustenance of the project. With the funds that the presale from the NXTT initial token launch will generate, the game will be able to undergo further development.

Asides generating funds, users who hold the native token will enjoy various benefits. One of such is the governance benefits. Following the introduction of the game’s native token, the company will publish a series of proposals. These proposals or NEIPs will serve as a roadmap for the platform. Since there will be multiple NEIPs, the Next Earth community will have to and be able to vote for the best or most promising one. Their votes will decide which roadmap the game will follow. By the community, I mean users holding the NXTT token.

Next Earth is the Earth’s original digital replica; a blockchain metaverse that enables the creation of communities derived from non-fungible tokens (NFT) of real Earth properties. The Next Earth platform enables citizens to buy and sell lands on a virtual earth while creating value on the real one; a social experiment on how virtual spaces can be managed, governed, and used to back environmental projects. Find out more by downloading the White Paper.