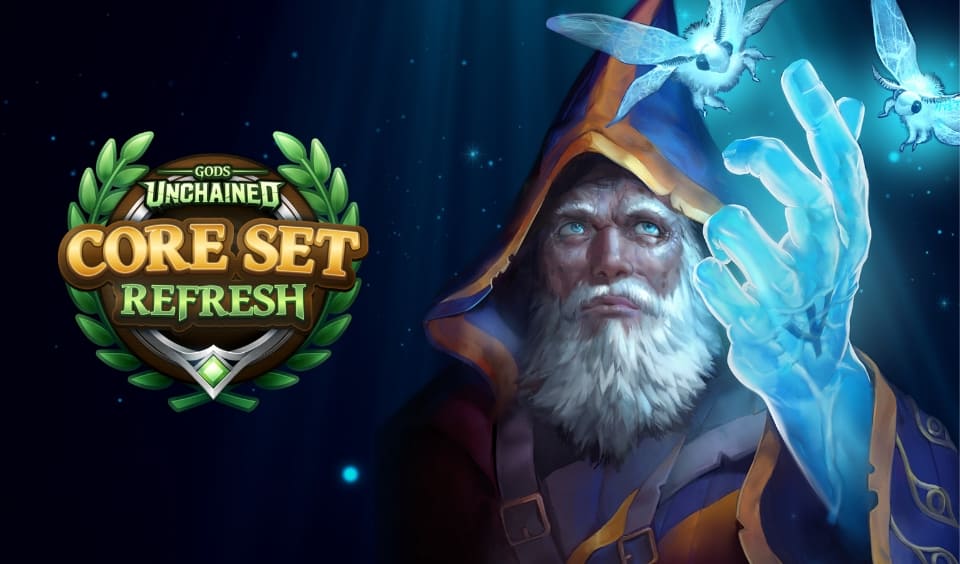 Gods Unchained is set for another shake up of the meta. It will take the form of the refresh of the Core Set. This updates comes after five months since the last divine expansion. Announcement of this update was made by Chris Clay – the Game Director of Gods Unchained.

Been excited for the Core Set refresh to hit? Well, it's coming sooner than you may think. @ChrisClayPlays takes a look at the 'wen' and the why of the refresh, and muses on things to come.
🦋: https://t.co/uAYYK0Kl1X pic.twitter.com/tOUmokGV27

Details of the Core Set Refresh

Alongside re-balancing the existing 180 cards, Gods Unchained (GU) will be adding 70 new ones to the pack. It hope to bring consistency, clarity, competitiveness and fun to the course of gameplay. Over time, as much as 2000 cards have been part of the gaming process in this project. This goes to show how much it has improved since its launch.

This refresh will help every single player to develop multiple winning strategies. Doing this will make gameplay more competitive. Also, there will be a clear out of some cards that don’t work, are clumsy, too complex or not fun to play with. Furthermore, Gods Unchained is taking note of underutilized cards. They may most likely constitute part of the clear out and balancing process.

Unveiling, Streaming and Other Information.

The unveiling of these new set of cards will take place on the 6th of March by 5 PM PST. After the unveiling, the full set will go live on the beta realm by 5 PM PST on the 7th of March. By next week, Gods Unchained will announce its first State of the Beta for the year. There will be a different approach to the welcoming of this year’s State of the Beta. Alongside the usual form of announcements, the game will be host a stream shortly after the release.

In this session, there will be a chat about the content of the State of the Beta. Also, the team will be looking at its goals and if the project is moving in directions that will achieve these goals. Users who have topics that that they believe should be part of this discussion should comment on the Reddit Thread. Identify whatever is of interest to you and how it can become part of the discussion.

There are also other announcements that will be coming before the launch of the Core Set refresh. Meanwhile, there is a prize for the first player to acquire a complete playable set of meteorite Core Set Refresh cards. Tweet your results to @Godsunchained and get the opportunity to select the character for the Game Director to cosplay in a future stream.