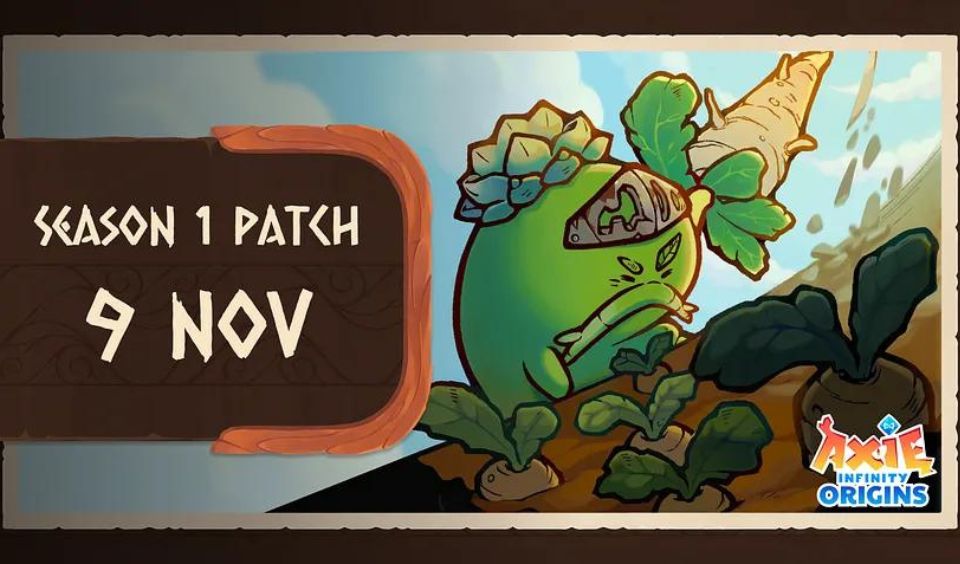 Axie Infinity has issued the season 1 update patch. This upgrade to the Origin ecosystem comes just 6 days to the end of the current season. Before deploying this program, Sky Mavis announced that they will be increasing transaction fees on the Ronin Chain. This was in line with the new measures to inhibit spamming and foster security.

Origins is in maintenance while we deploy a new patch!

The Axie Infinity Season 1 Update Patch will be deployed on the 9th of November 2022. Like with prior updates, the team is introducing new additions to improve user interface. They are also fixing bugs that players have reported to be disrupting the smooth gameplay experience.

Following its launch, the following changes will take place:

Shortly before announcing the Axie Infinity Season 1 Update Patch, Sky Mavis informed Lunacians that it will be increasing the maximum price for gas fees. This decision comes after the team implemented measures to correct the issue of failed transaction on the network. Recall that hackers exploited the Ronin Bridge sometime ago. The team also add to increase the validators on their network.

According to press release, arbitrage bots were responsible for these incidents. In addition to that, this led to significant downtime among certain validators. While the team is not against arbitrage trading, validator downtime poses huge security concerns. For one, there was also a degraded block experience. So much that players had to parse through these failed transactions. By increasing the gas fee to 20 gwei, Ronin is making it economically viable for bots to make profits. It is also making spamming more expensive.