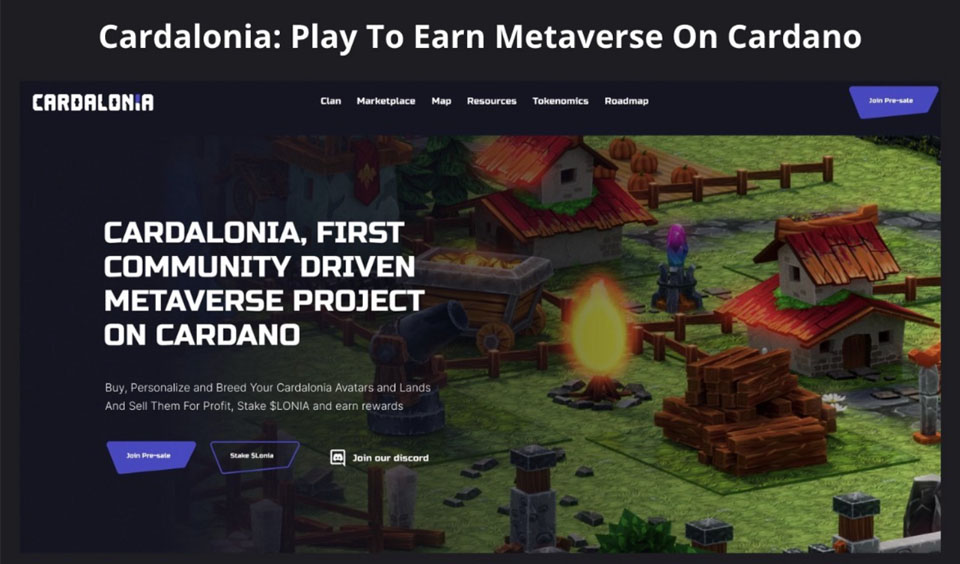 At the time of releasing its report, Cardalonia stated that the $LONIA token presale was a success. Over 70% of the presale allocation is already filled and less than 30% is left for the next four days before the end of the presale event.

Details of the $LONIA Presale Event

The token presale event is slated to run for 45 days. A total of 15,000,000 $LONIA tokens was allocated for the event and the minimum volume that a participant can buy is 250 ADA. It is worth mentioning that the token price is 1 ADA to 12 $LONIA Tokens.

The presale event has been on for more than 41 days already and it’s less than 4 days to the end of the event for people still interested in buying the $LONIA tokens.

Highlights of the $LONIA Token Staking

According to Cardalonia, the platform launched its staking vault about three weeks after completing the seed round. At the time of the report, more than 400 active wallets are already staking on the Cardalonia Vault.

It went further to reveal that about 9 million $LONIA tokens have been staked already, which is about 55% of the supply in circulation.

The game metaverse reveals that the Cardalonia NFT presale event will start following the October snapshot. Cardalonia mentioned that the whitelist is exclusive to only holders of $LONIA tokens that have staked at least 7,000 $LONIA tokens. They must also have a balance of at least 200 ADA in their wallets.

How to Participate in the Cardalonia Land NFT Sale Whitelist

If you meet these criteria, you will see an option to register on the platform. When you are done with the registration, you will receive a confirmation that shows you are registered for the Cardalonia Land NFT Sale Whitelist.

Other details revealed by the game platform include its future development, which covers new features, such as the upcoming Land NFT Minting, Marketplace, Map, and the clan Minting Page.