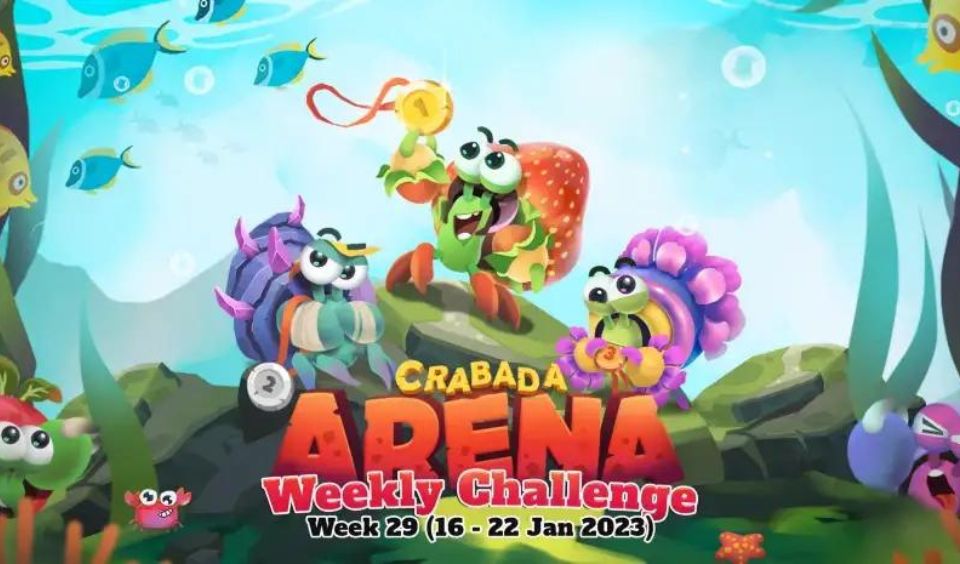 Crabada has launched the Week 29 Arena Challenges, which will run from 16th to the 22nd of January, 2023. The team is effecting some changes to the rules and mechanics this week. According to the press release, these modifications will ensure that gameplay remains competitive. However, these adjustments will only be applied to this period, not general gaming.

The major highlight of the Crabada Week 29 Arena Challenges is that Arena Tickets will now refill within 2 hours. This is a significant shift from the norm, considering that this process usually took four hours. Players will now get more opportunities to try again and increase their earnings.

The top 10 participants of this week’s challenges will receive $USDC rewards. In addition, the top 500 players will get Rubies and Material Chests as prizes. Those who rank outside these positions will get User EXP instead of Ruby.

Meanwhile, Crabada is limiting the maximum level to 110. All players who want to join the Arena will have to meet this requirement. In addition, 2-Star unique avatars have now joined the PVP duels. Regardless of the multiple changes, Factional Advantage will remain the same. Similarly, there will also be no alteration to Formation Advantage.

Speaking of Stronghold, a successful defense will not see players earn AP. However, users will lose AP if their defense is unsuccessful. Meanwhile, every player will get equal benefits from the secret weapons feature. This is because the system will only display 2 of your tools to your opponent and vice versa.

This week, players will be categorized into 2 different tiers. It will be done according to the amount of Arena Points that they have.

Speaking of points, this is how they will take effect within this week: