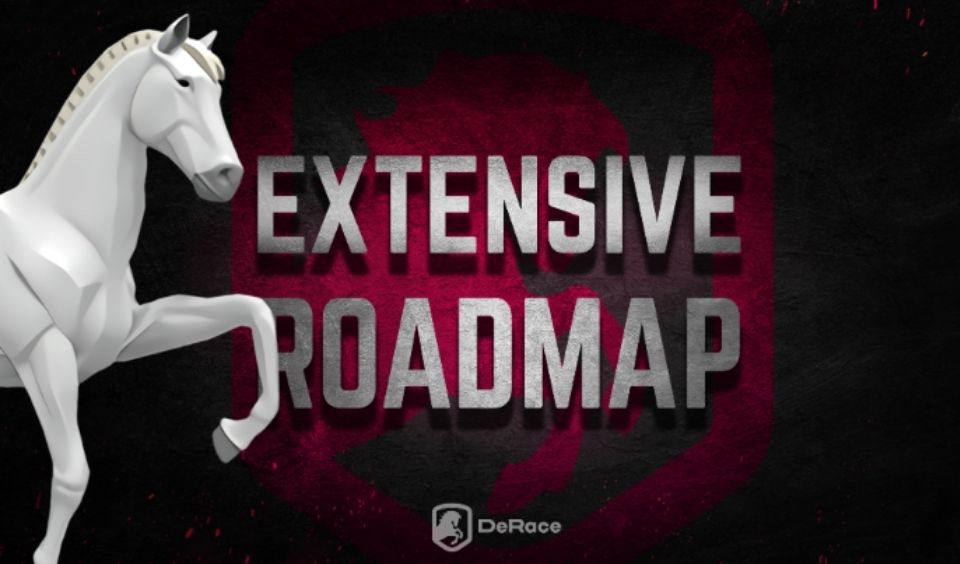 Earlier this month, DeRace gave insight to its plans for this year. However, that update only covered the plans for January. To keep DeRacers abreast with its plans, the game is issuing the Extensive DeRace 2022 Roadmap. Unlike the earlier update, this new release contains more details. The announcement of this news came from the DeRace Medium Page. Here are the details of the DeRace roadmap for 2022.

The details of this roadmap was issued on the 6th of January 2022. It features earlier DeRace partnership with Crypto firms like Binance NFT, Crypto.com, Animoca Brands, LD Capital, DAO Maker, Polygon and Chainlink. The game also outlines its achievement in 2021. This includes the launch of the DeRace Beta Game. In 2022, the game is promising DeRacers far much more. Without much ado, here are the details of the Extensive DeRace 2022 Roadmap

In January, DeRace will be dropping mystery NFTs to its ecosystem. These NFTs will be different from the current in-game assets. Also, users should engage in ongoing staking opportunities. This is because stakers will get Mystery NFTs in their reward basket. In January as well, DeRace will be introducing dedicated horses races. Besides single races, there will also be racing tournaments. Winners will get special rewards. Other features that drop in January will include horse breeding, renaming of horses, surface testing and renting of horses.

In February as well, DeRace will continue improving gameplay. In this regard, it will be introducing new sets of hippodromes to the game. By the first half of February, it will be bringing two new hippodromes to players. These two hippodromes will have two different surfaces – turf and synthetic surfaces. The performance of your horses will be different in these surfaces. So be watchful and observe where your horse performs better.

Also in February, the rewards will continue to rain. There will be further Mystery NFTs for the $DERC token. Also, a spin-a-wheel event where users can win rewards while waiting for races. From spinning this wheel, you can win NFTs, $DERC, other tokens. By the end of February, DeRace is upgrading the profiles of DeRaces. Following this upgrade, you will be able to check out the profiles of horse owners. This includes their bio, race statistics and other details.

Within the course of these four months, the game will be expanding horse rental system. Also, it will be introducing performance boosting assets. Furthermore, players should expect a more dynamic hippodrome environment. Also, Jockey NFTs will become part of this racing game. Before the end of February, DeRace will be introducing a ranking system. It will be further expanding user profile.

From June onwards, distribution of rewards will become automatic. Mini games and lotteries will also be coming to DeRace ecosystem.