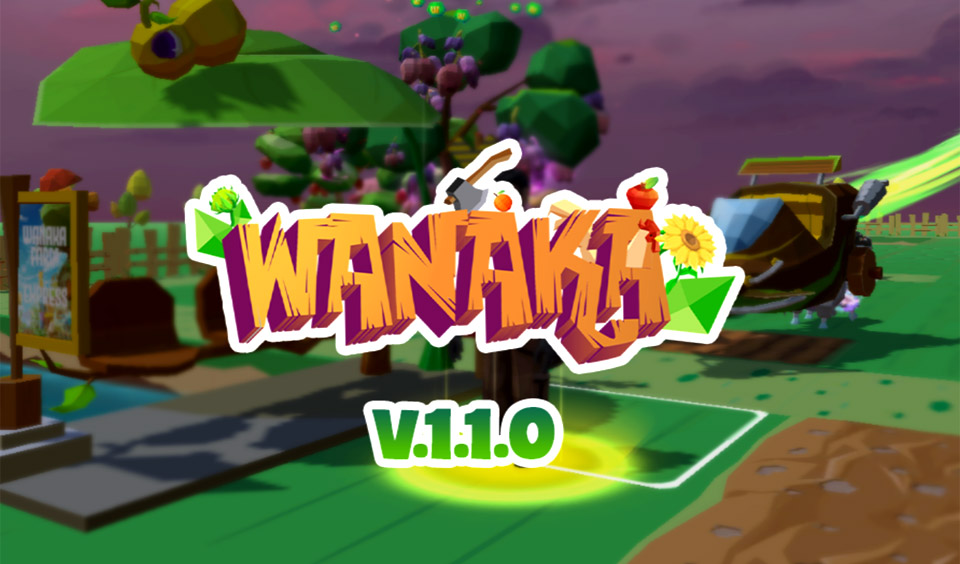 As part of its improvement plans to deliver an exceptional gaming experience to players, Wanaka Farm, a multiplayer NFT-based game platform has released new updates in its Patch Notes v.1.1.0. The major change in the new update is the mechanism of Land rental.

There will be updates regarding to:

Your game experience to the next LEVEL 🔥🔥 #wanakahttps://t.co/MUSMWzjfMC

Highlights of the Update Details

Also known as the Rental System, the mechanism of Land Rental has received a major change. With the new update, the rental fee will be $WANA and the transport fee for the renter to the rented land will be $WAI. The Land has to be attached to the Map within the game before it can be rented.

The eligibility for rent auto-renewal is established 24 hours before the expiration of the existing contract. Renters have the freedom to rent multiple land contracts and when the contracts come to an end, all growing items on the plots before the harvest stage will return as seeds to the Inventory and as Harvested Items during the Harvest stage.

This is released to fulfill the needs of traveling across rental lands through the Rental System. Wanaka Farm has revealed that this transportation system would also be used to move to and from WanaTown and move to friend’s farms after the Multiplayer mode has been finalized.

In this new version, all players will have a default station featuring basic functions for free. Players can upgrade in the future to experience more facilities at the station.

The launch of the Land Rental System necessitates the return of the role of Default Land back to the concept of absolute game experience. To explore the concept of free-to-play, Default Land Player would have the freedom to enjoy the facilities within WANAKA Farm. However, to earn in the game, players must rent or own an NFT Land.

The launch of a CAPTCHA image system is to authenticate real players and weed out bots. This will reduce the possibility of gamers creating Bots, which can harm the in-game economy.

This is designed to make the game work more effectively in different profile configurations on both Mobile and PC. Players can now use various levels to customize the graphic setting of their game.

The game platform has added Sounds to characters’ actions in the game. This is to offer a better gaming experience. According to the game platform, more Sound updates will be made in the upcoming versions to make the Sound system within the game more flawless.