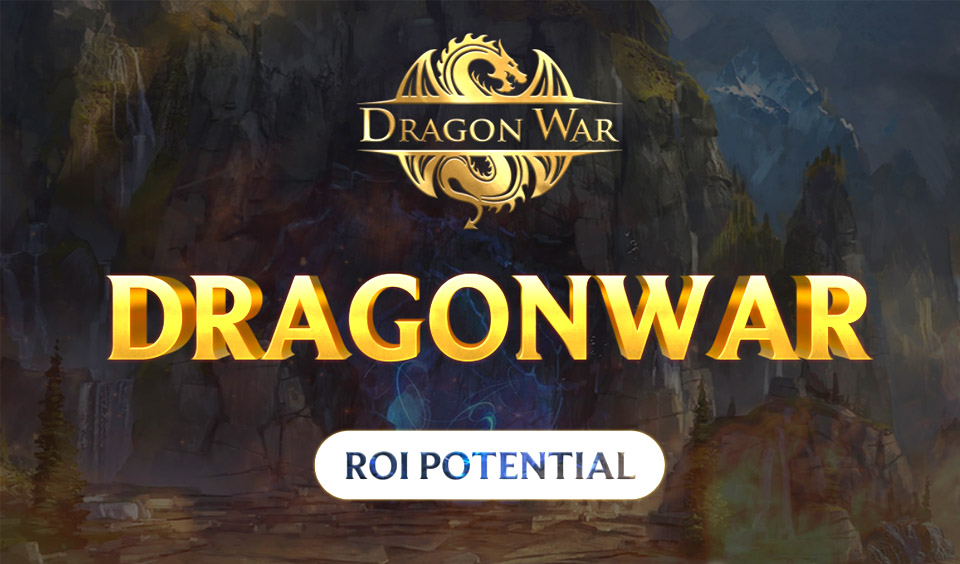 Dragon War, a play-to-earn, NFT-based, turn-based strategy game platform, has released details on the ROI potential of its game platform. According to the game metaverse, Dragon War is focused on providing potential ROI to users so they can earn while enjoying an amazing game experience.

The game platform has emphasized that it not only provides the most entertaining turn-based strategy game but is also committed to providing an attractive return on investment to ensure that players enjoy earning even as they enjoy an exceptional gaming experience.

Dragon War focuses on giving out the potential ROI to make sure people playing the game can enjoy earning while having a great gaming experience with it.

Highlights of the Dragon War ROI

Dragon War announces that it will continue to update its ROI mechanism based on new release features and community feedback, among others. According to the analysis and statistics gathered by the team on players taking part in the Open Test, here are the highlights of the ROI potential that players can look forward to.

The game platform has also revealed some interesting facts that will take place during the release of the Mainnet. The details of these are enumerated below:

It is worth mentioning that all players are eligible to benefit from the relatively fast ROI on the Dragon War platform.

Additionally, larger investors have the potential to make high gains when they set up a Strong Dragon formation with adequate power to play for as long as they want. Of course, smaller investors will also benefit when they farm with the lowest map.

Revomon The Democratization of Virtual Reality