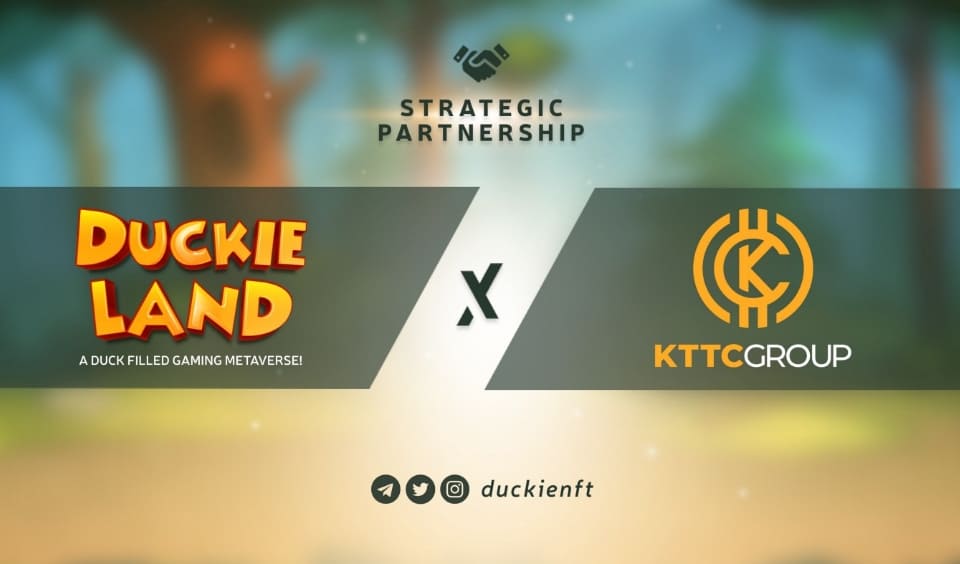 Kiem Tien Tu Coin Group is an establishment with the goal of disseminating crypto knowledge and supporting MMO. More so, their aim is to fund significant projects in the blockchain field. Therefore, Duckie Land is just the right investment. Their duck-based projects makes the KTTC group want to key into the project.

More on the Duckie Land and KTTC Group Partnership

Both partners seem very excited about this partnership. Speaking about their mutual agreement, KTTC group had nothing but positive words to say. Following their discussion with the CEO of Duckie Land, Kiem Tien group were certain that the Duckie project will be a success. The group also likened Duckie Land to Axie Infinity.

Here is the official statement from the Kiem Tien Tu Coin Group:

“We are so proud to introduce our new partner: Duckie Land.”

Duckie Land — Duck Filled Gaming Metaverse — is inspired by the love of every duck meme, duck emoji, duck character and everything about ducks. In the land of Duckies, players can collect, battle, farm, craft and become the duckie lord. After listening to the inspirational story behind Duckie Land from Nobu (CEO of Duckie), KTTC team believes that it not only brings joy but also childhood memories for everyone. We’ve seen the success of Axie Infinity and I think we can give hope to Duckies team. With impressive graphics and attractive gameplay, Duckie Land can be one of the most popular NFT games in the world in the future”.

Duckie Land is a multiplatform multiplayer online game that runs on the blockchain. It involves the use of Duckie,a non-fungible token or NFT. Millions of people can participate in the NFT world. They can also earn reward tokens through skillful gameplay and contribution to the ecosystem.

Duckie Land also gives gamers ownership of in-game assets and allows them to increase their value by actively playing the game. By participating in the in-game economy, players will further receive rewards and create more value for other players and the ecosystem. The rewards for these digital assets are cryptocurrencies and in-game resources that are blockchain tokens. These tokens can become a new revenue stream for many people, especially during the Covid-19 pandemic.