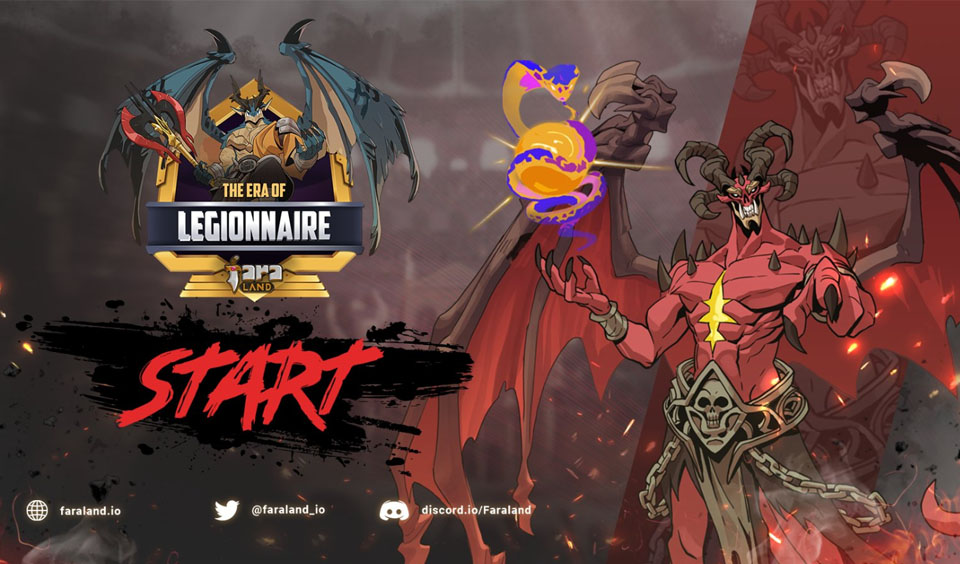 A multiplayer RPG NFT-based game on BSC, Faraland, announces the launch of its PvP Tournament – The Era of Legionnaire. The event, slated to start today, September 14, and runs until September 21, has a total prize pool of 26,700 $FARA available for 300 top players to share.

According to Faraland, gamers must agree to the Commitment Policy for PvP mode fairness to participate in the event.

Highlights of the Ranking System

However, the gap will not surpass 200 ELO. Participating players must note transferring heroes to another wallet means earning ELO based on that hero’s ELO points. Also, the system considers a player defeated after five AFK turns. The gamers’ ELO also reduce by 50 after one day offline.

Terms for Entering the Leaderboard in the PvP Tournament

Highlights of Prizes for the PvP Tournament

Guild Tournament Reward: The game platform will calculate the Guild rank based on Guild Strength, and the index is the sum of the ELO points of all Guild Members. The guild with higher Guild Strength points wins and will receive NFT rewards at the end of the tournament.

What do I need to Start Playing Splinterlands?