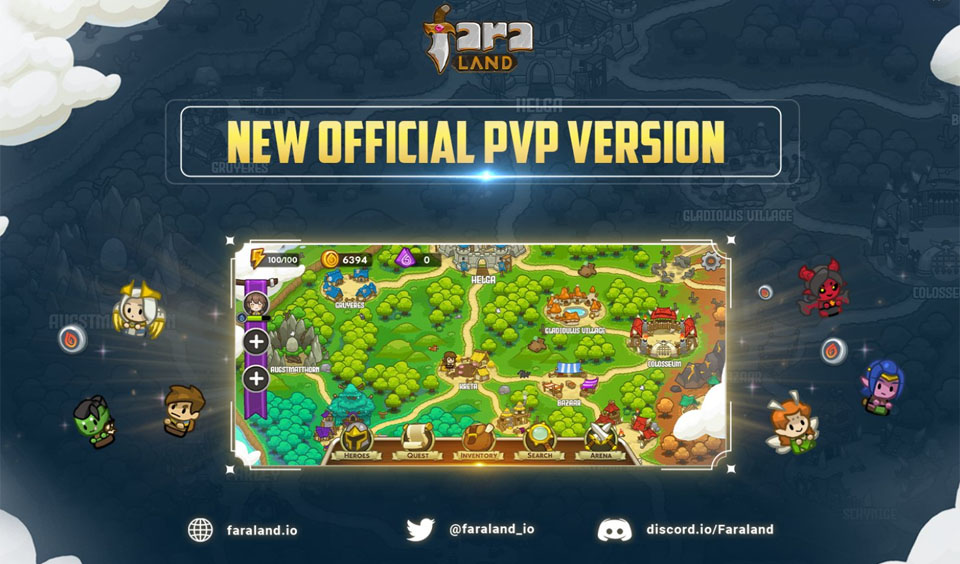 A multiplayer RPG NFT game on BSC, Faraland, has announced its New Version v0.2.16 is ready with several improvements to both the PvE and PvP modes.

Following the new release, Faraland hinted it will start a new Tournament early next week. Therefore, players should get ready for a fun-filled and exhilarating week ahead.

Get ready for the new Tournament will start early next week 💪🏻#Faraland $FARA #BNBChain pic.twitter.com/a5rXhg12H0

As mentioned, Faraland has improved both the PvE and PvP game modes offering players a better gaming experience. The highlights of the improvements made to these game modes are enumerated below:

The locations where players can find these new Adventure Missions include Gruyeres, Helga, Augstmatthorn, Farley, and Piz Nair. Faraland also announced the addition of animations to the old Adventure Missions. It also made other improvements and fixed some bugs.

It is worth mentioning that the PvE game mode allows players to explore the Faraland virtual world and the ethnicities living across the continent. The goal is to find ways to seal Demon Lord Beelzebul.

Gamers must collect heroes across races to triumph over tough challenges. Every decision a player makes in a quest can change the storyline and reveal their heroes to hidden treasures and mysteries.

For the PvP, the game platform stated it applied a Commitment policy for better PvP gaming mode and fairness. It also reduced the timeframe for each turn by twenty seconds and introduced the “Edit account name” feature.

Each time a player edits their account name will cost them 50 Soul Stones. According to Faraland, the PvP battles now show the hero names while playing.

The PvP game mode is where the best heroes go head-to-head to fight and earn bountiful rewards. It is turn-based gameplay featuring deep and unique RPG elements and a powerful skill system for the adventure.

Players can review the Changelog and download the updated game modes through the link on its Twitter page.