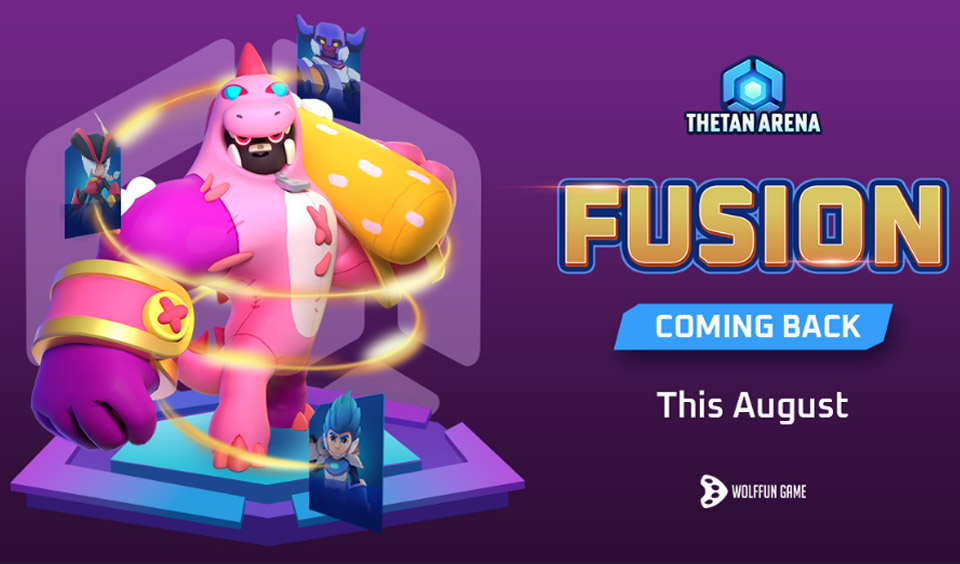 The first MOBA e-sport game metaverse, Thetan Arena, has announced the return of its Fusion Event. The event was first launched in May and it enjoyed huge acceptance among the community members. Participants had a chance to get the hottest NFTs heroes ever made in Thetan Arena.

All they had to do is fuse old heroes they do not want to get new ones and also get extra gTHG rewards. Without a doubt, the effect of Fusion has further enhanced the value of the THC token. The token has increased a double increase in its price and a 4-times increase in the transaction volume of heroes in the marketplace.

Fusion presents an opportunity for players and investors to receive additional valuable NFTs heroes when they fuse old heroes. The event went on to become one of the most effective programs that the game ever launched.

During the first phase of Fusion, over 2,000 heroes of Legendary and Epic rarities were created and hundreds of users participated. Some new heroes acquired by users in Thetan Arena include Cala, Elf Guardian, and Godz-rilla.

The event was followed by a special tournament that lets holders use heroes from Fusion to participate in exclusive battles and earn rewards in gTHG.

How to Participate in the Fusion Event

The Fusion event will launch in August and will have the same mechanics. However, it has an extra tweak to it. When a user achieves personal milestones, they get rewards for them. For a start, you need three NFT heroes for a fusion.

You cannot rent out or put up for sale any of the NFT heroes you want to fuse. You have to select one of the heroes from your inventory and the other two must come from the requirement pool. The output heroes will have a Legendary or Epic rarity and the value of the hero output is determined by the gTHC battles, rarity, and input level.

Note that the higher the input, the lower the fusion cost. Thetan Arena has also introduced a refresh option in case you are unsatisfied with your hero output. The game metaverse also mentioned that the output heroes’ pool will be changed after a period. Therefore, users should take immediate action to acquire desirable heroes.

My DeFi Pet Collaborates with JobTribes on a Project