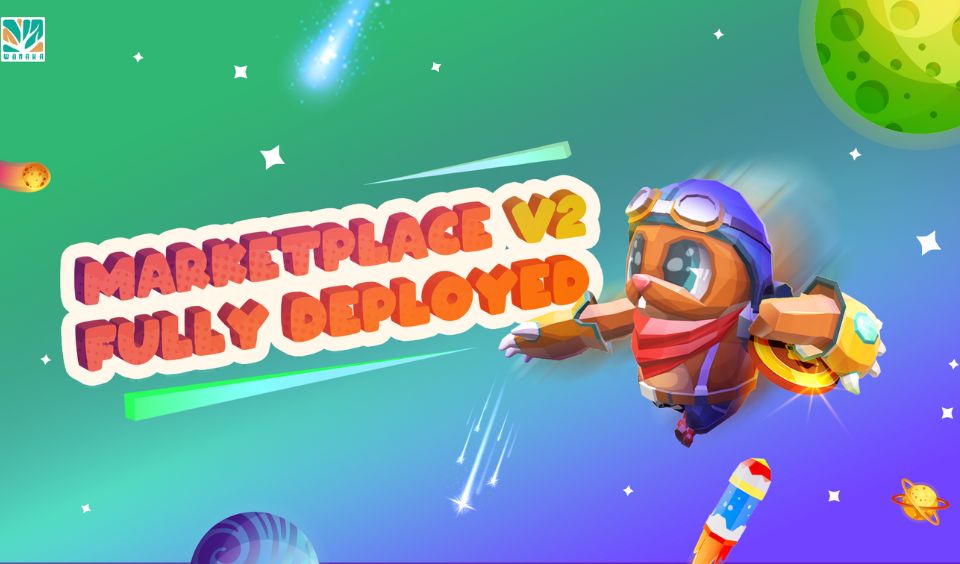 Wanaka Farm finally deploys its marketplace v2. This comes after the launch of a staking scheme. Before the release, the dev team tested different features of this platform. After which, they made practical implementations and upgrades to ensure a better user experience for vendors and investors.

Marketplace V2 is fully deploy at https://t.co/LaAv4qyrnK from August 1st 2022. And we all have 01 month to cancle the bid offers to claim back the $WANA.
For more details, please visit: https://t.co/wjl1l4Tfc3@truongwana @KakarottoFarmer @marketplace pic.twitter.com/mUf9vCAcJE

However, Wanaka will not be completely removing the old platform. Instead, it will become a subsection on the new site. Nonetheless, the dev team is giving users one month’s grace period. Investors have till the 30th of August to transfer their old offers. Meanwhile, the deadline for harvesting $WANA tokens from existing staking pools is the 31st of July 2022.

Once the time elapses, the beta marketplace will be entirely taken down. Anyone who has not cancelled their offers will have to contact the service agents for support, as they will no longer be able to do it from the frontend interface. On the other hand, the NFTs will not be affected by this transition. The reason is that they are stored in your wallet, not in the marketplace.

When the staking was introduced, it was announced that the pool could be harvested on the 20th of July. However, many people missed out on that date. The team is extending this deadline because of the recent upgrade. Anyone who misses this opportunity must wait until January 2023 after opening a ticket. In the meantime, they can also get the necessary information from the official Reddit forum. It answers questions like a date for the new staking, decline in APY and rules regarding the counting of rewards.

While issuing the update, the team gave some guidelines to buyers and sellers. The information applies mainly to the former. Conversely, the latter does not have much work to do. Although the items listed may not be available for sale, they will be secure in your web3 wallet. This means that you only need to re-list them on the new market.

Wanaka Farm is a virtual farming game built on the BNB Smart Chain. It involves players cultivating different plants and rearing animals, which they can trade for $WANA tokens. Like in real life, there are different seasons, land levels, types of animals and farm produce. It employs the play and earn model instead of play to earn, as users are not competing against anyone.