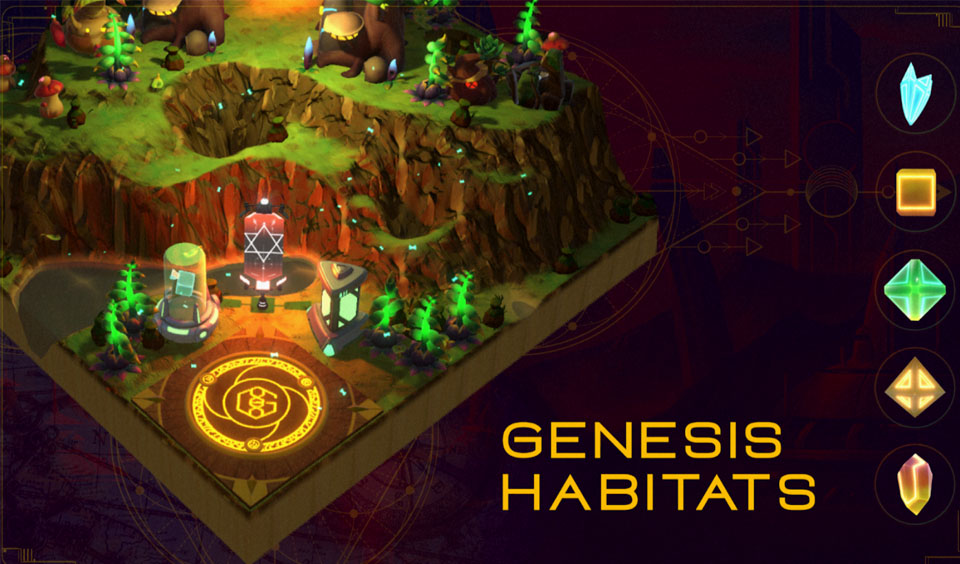 Genopets, the first move-to-earn, free-to-play NFT-based mobile game, has announced the launch of its Genesis Habitat Minting event. The event is scheduled to hold on Friday, April 1, 2022, and will run for a month.

Interested participants must have all 5 Crystals, 10 GENE, SOL, and a Terraform Seed to mint a Level-1 Genesis Habitat. It should be noted that the Elemental Class of Genesis Habitats is randomly regenerated but produces all 5 Classes of Crystals.

Genesis Habitat minting will be LIVE this Friday. 🎉

Don’t forget to bring your Genotype Crystals and Terraform Seed!

But what's so great about Genesis Habitats? 🐉 How do they differ from regular Habitats?

It is also decorated with a special Genesis Emblem. Owners of Genesis Habitat will earn KI Token to boost their steps within the game. Every element of Refined Crystals can be purchased from Magic Eden, Fractal, or FTX.

What is Genesis Habitat?

The entire Habitats symbolize the fundamental nature of one out of the 5 Elemental Classes. These Classes are Earth, Water, Wood, Fire, and Metal. The Genesis Habitat mint will see the random generation of the Elemental Class featuring a bright Genesis Emblem.

All Genesis Habitats have the special capability to produce any type of unrefined crystals. This will enable holders to have the advantage of holding multiple Habitats. In other words, holders have a 5-in-1 Habitat.

Benefits of Owning a Genesis Habitat

Owners of Genesis Habitats will have the ability to convert their in-game steps into KI Token. That means they can earn a bonus KI for each step in-game. It is worth mentioning that unrefined crystals are not Non-fungible tokens. They do not have any real value and cannot be withdrawn to wallets or traded.

As soon as unrefined crystals are refined, they become NFTs known as Genotype Crystals. This is a kind of Refined Crystal NFT that possesses unique in-game properties. Holders of Genotype Crystals can use it to create new NFTs that they can sell to other players in the PvP marketplace.

What to Expect after the Genesis Habitat Minting Event

After the minting window closes at the end of the month, the supply of Level-1 Genesis Habitats will be set. This will be the total supply of the Habitats to ever exist within the Genoverse. That means after this minting event, there will never be any like it again.

Interested participants have a whole month to make up their minds and participate in the Treasure Hunt for the Genesis Habitat minting experience.

Multiple Listing of $GMM Token Set for 30th of March

DOGAMI Gets $500K in Investment from the Tezos Foundation