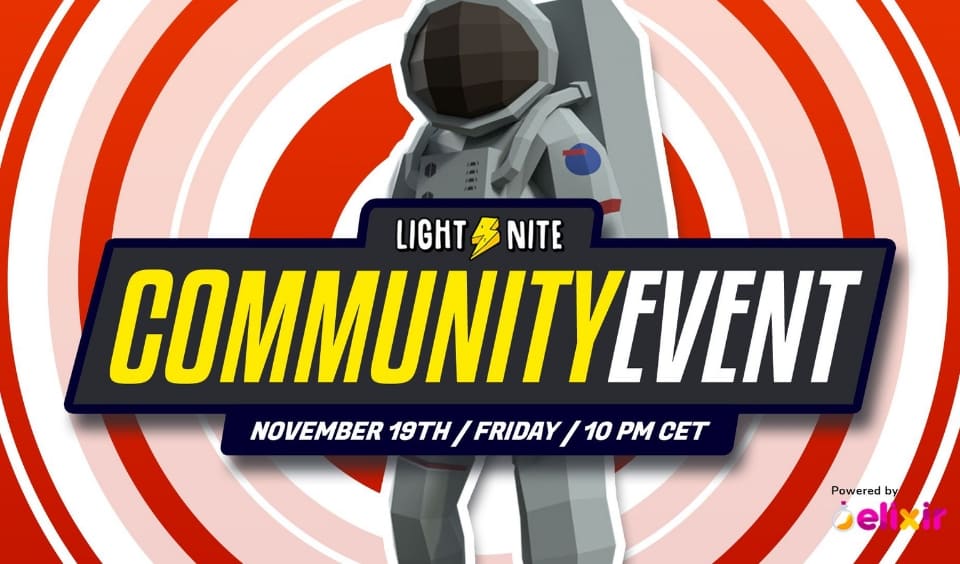 Light Night is giving members of its community another opportunity to benefit from the game. Similar to times past, it is holding another community event for its users. If you are a fan of real action gameplay, you cannot afford to miss the second November edition of the Light Nite Community Event. This event comes after the last community event which held on the 12th of November.

This community event is set for touchdown on Friday the 19th of November. It will run from 10:00 PM to 11:59 PM CET. The first session will run from 10:00 – 11:00 PM. While the second session will continue from 11:00 – 11:59 PM. There will be 8 different games and 16 different winners over the course of this two hours. Players will get to join different rooms. It is advisable to join these rooms as early as you can. This is because they will get full in no time.

One Strike and a content creator will host these rooms. Light Nite will ensure that different players get to win prizes. To ensure this, it will not allow players who have won prizes into new rooms. Users from all regions will be able to join in this event and win prizes. There are 200,000 sats and 4 premium NFTs that players can win from this opportunity. To participate, you will need to have a Light Nite account with which you can use to play.

Interested participants should follow the livestream event on Satoshis Games TV. They can only know when the games have started by doing so. You will be playing mostly Battle Royale Solo Mode. Playing this mode will enable as many players as possible to participate. Besides playing Battle Royale, you can also win some sats by participating in chat giveaways. The chat section offers players the opportunity to have fun with other community member, asides winning sats. Winners will receive their prize rewards by Monday the 22nd of November. Anyone who does not receive their prize by then should contact the Elixir support team for assistance.

Light Nite is a blockchain game that combines real gaming action with blockchain technology. Unlike most other blockchain games, it does not offer static gameplay experience. Despite being a bitcoin based game, tokens are not the major attraction of the game. Players get to enjoy an interactive and fun filled battle royale action in the different mode of the game. Should you win, you will earn bitcoins that you can trade trade in real life.

Dragon Mainland Announces the Launch of its DMS Token Auction for Today, Nov. 17