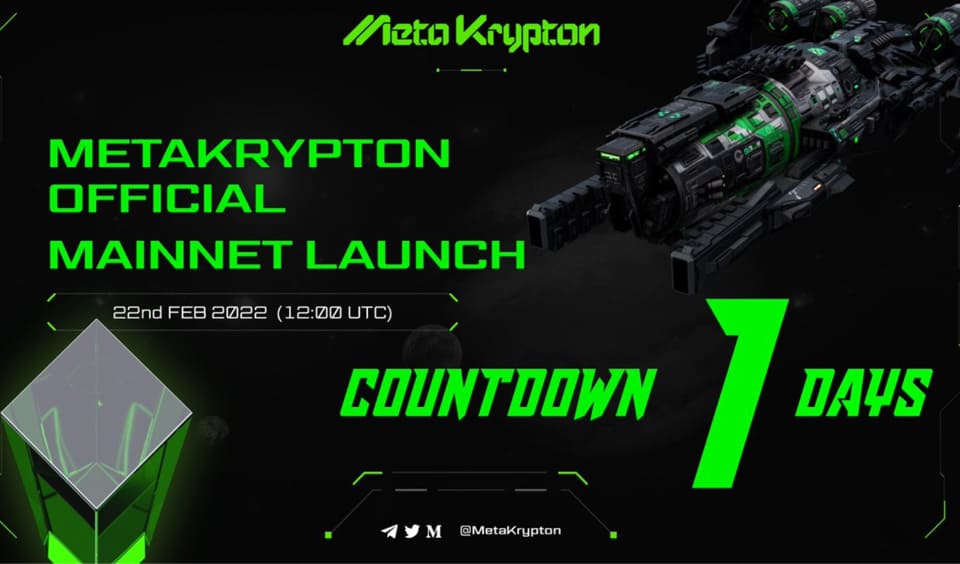 MetaKrypton, a play-to-earn inter-stellar exploration game built on the Binance Smart Chain, has released new feature updates for its game platform. In the same breath, it has announced the official launch of MetaKrypton Mainnet.

According to the game platform, it has completed the new development update of certain features. This will enable it to launch its game on February 22 officially.

Highlights of the Feature Updates

When players click on “Build” Lv.1 starships and then “Upgrade” starship, they will get a prompt that shows “Build” waiting to be completed. The waiting period for “building” is one minute while it is one hour for “upgrading“.

When this process is ongoing, the building and upgrading functions will temporarily be suspended. However, other game functions will function normally.

This feature will store data related to the mining activities of players. These include each starship mining revenue, starship consumption maintenance, and starship stamina value refill consumption.

MetaKrypton mentioned that these two features will be launched alongside the official game by February 22. That means players can look forward to exploring these features when the game launch.

Highlights of the MetaKrypton Official Launch

MetaKrypton launched on February 18 at 12:00 UTC. Now, there is no reason to be confused. The launch of the game on this date offers members of the community to explore the NFT Trading Marketplace. The Marketplace is already open to users to explore and purchase.

However, all game features will launch officially in February 2022. Suffice to mention that as soon as the NFT Trading Marketplace goes live, the MetaKrypton system will release the Starship NFTS. These will be accessible to presale participants. Players can see the Starship NFTs when they login to the official game site.

The game platform also mentioned that its server will go offline temporarily at 5:00 UTC on February 18. This is to complete the beta test of the related features of the beta test before the game is launched with the NFT trading Marketplace.

Get 5 Slots from Ark Rivals IDO on KAISTarter