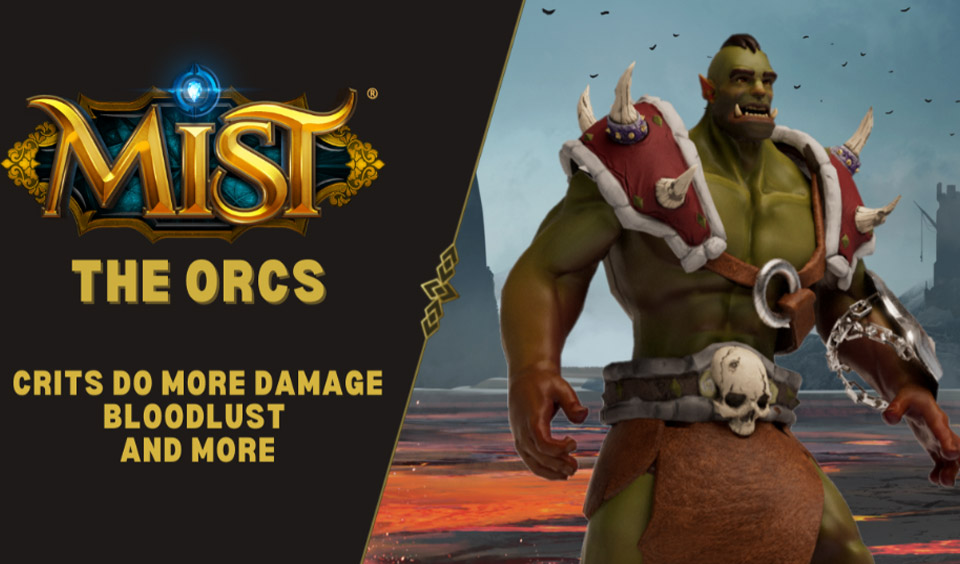 Each race also has distinct genders – male and female, and the race you select will determine the gameplay style that you will have. Also, your race determines your friendship, persona in-game, and personality.

The final Race is here, The Orcs 🧌

Tough, brave and relentless.
These free spirited warriors roamed the mountains of Kalibotan for centuries!

What are the Orcs?

Orcs are brave and tough. They are the kind of creatures that do not back down from a fight, even if it is certain that they will lose. For many Orcs, fighting is an essential ritual required to fulfill their purpose in life. An Orc in life desires to gain victory over the enemies in the battle.

They would rather die on the battlefield as they charge forward with their weapons. The focus of Orcs is on honorable combat. They remember and honor their warriors.

They can be deceived or outsmarted by their enemies because their focus is on honorable battles. They value bravery and honor more than anything else.

Highlights of the Special Abilities of the Orcs

The Orcs deliver critical strikes that can do significant damage. They can silence the enemies and prevent spellcasting. When they deliver successive combo attacks, the damage they create is lethal. They also have racial abilities which will be revealed in due course.

The Orc has gone through different design processes before getting to where it is today. The first version had base sculpts for the character with a couple of armor pieces.

While the first version did not do much justice to the Orc, the second version perfected its design, look, and character. The second and last version brought about a new Orc that is strong and tough but with a soul, intelligence, and emotion.

More Information about the Mist NFT

Mist NFT is a play-to-earn MMORPG game metaverse where players collect NFTs, explore infinite immersive environments, and fight against epic monsters. The game metaverse uses the Mist native token as its in-game currency and allows players to stake and farm tokens to earn both in-game and out-of-game rewards.