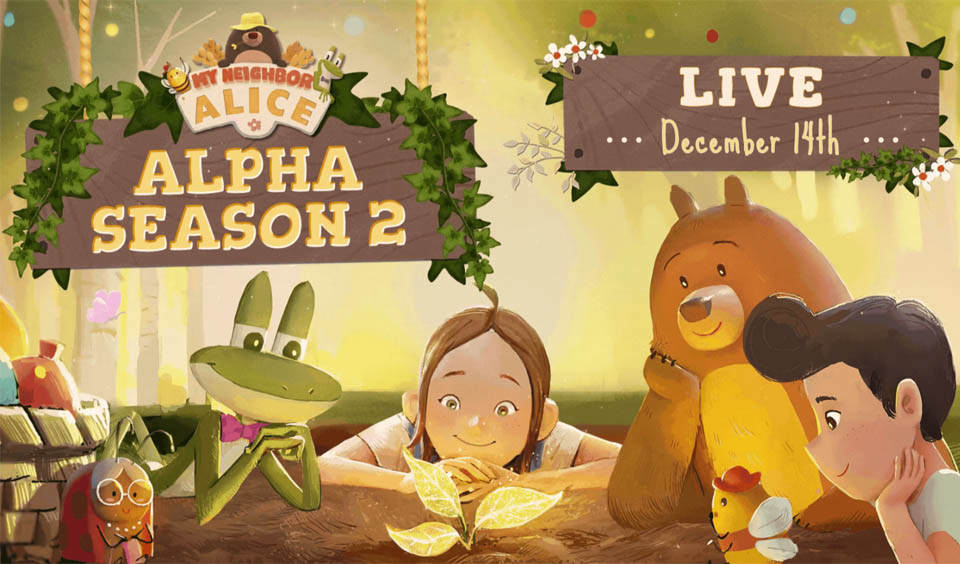 The play-to-earn game platform, My Neighbor Alice, has announced the launch of its Alpha Season 2. The season is currently ongoing and will run for two months ending on February 14, 2023. This will enable all landowners enough time to try out the season.

The game platform has implemented a new Avatar style in the game. It also mentioned that the season would deliver new Community Quests to excite the community members.

New adventures await all landowners in the neighborhood and we are excited to see you guys around. 🏘️

What is My Neighbor Alice Alpha Season 2 all about?

The season is all about users working with their neighbors to attain different goals. My Neighbor Alice mentioned that the season has four quests. It will feature neighbors constructing four buildings to be implemented within the Town Hub.

The game platform will offer more information about the various Town Hubs that will be available for the season. Participants in the quest will receive a surprise reward by the end of the season.

Also, the game mentioned it added a new feature to allow players to get closer to their neighbors. This new feature is the Open-World. The feature will offer users an opportunity to interact more with neighbors than just work with them to attain a common goal.

Landowners have the freedom to walk around freely in different regions of the map. There are no loading screens or borders between plots of land. Users can visit neighbors and connect with others in the metaverse.

More on the Companion App in Season

My Neighbor Alice announced that its companion app, Alice’s Wardrobe is now released on both Google Play Store and Apple Store. Users can customize their characters in this season and see the changes in-game.

Players who participated in Alpha Season 1 and got a Bjorn that can access the new NFTs. They can also get other NFTs and NYC T-shirts from the marketplace.

What more does the Alpha Season 2 Offer?

The game platform is introducing Placeables this season. What does this mean? Players with NFTs from previous Mystery Box sales on Binance can display and use them on their land plots in the game. With this, gamers can express their creativity in designing their plots.

You can find the placeables on the Marketplace under the “Item” category. Players can also farm in addition to hunting. They can plant seeds, care for the plants, and harvest bounty at the appropriate time.