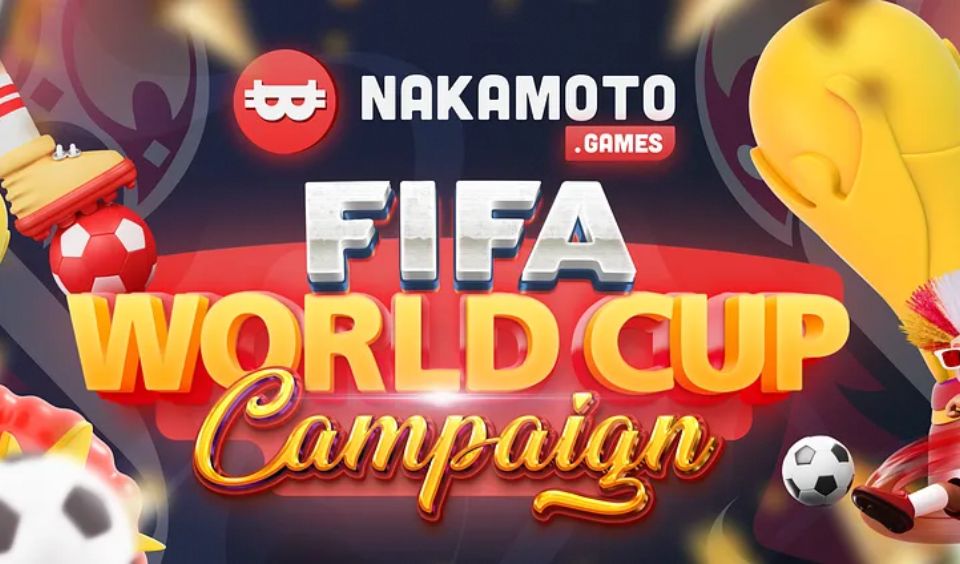 Nakamoto Games is launching the FIFA World Cup campaign to celebrate the most prestigious football tournament. This is a daily contest where participants will win significant rewards by making correct predictions. According to the announcement, this event promises to be bigger than prior editions. This update comes after the team recently unveiled the last group of winners.

While @ing your team of choice

Get the full scoop below 👇 $NAKA #Gaming https://t.co/yitH1qVCaB

The Nakamoto Games FIFA World Cup Campaign will begin on Thursday, the 24th of November 2022. From the said date, the company will make tweets to inform the community of a particular match. Interested participants will predict who emerges victorious at the end of 90 minutes. Users must retweet that tweet and comment on their answers (the team they expect to win) with the hashtags – $NAKA #Play2Earn and #Revolution. Tag your friends and invite them to participate in increasing your chances of receiving the prize.

This competition will most likely hold on specific days when at least one world cup match occurs. There will not be multiple sessions running within one day, as there can only be one winner. It will continue till the 18th of December, 2022, when the final match of the world cup will happen. While announcing the contest, the team stated that only those holding 20,000 $NAKA or more are eligible for entry.

As such, interested users are encouraged to buy and hold as many $NAKA tokens as possible. In addition, everyone is advised to follow the Nakamoto Games official Twitter handle to identify which soccer game will require prediction. By the end of the footballing event, the gaming ecosystem would have distributed at least $2000 in prizes. The team wants to appreciate the cross-section of GameFi enthusiasts who have an affinity for football.

Earlier this month, Nakamoto Games launched a campaign in the build-up to the world cup. To enter, users had to choose one of the two options. They can like and comment on the country that they think will win. On the other hand, they can retweet the team that has their support throughout the tournament.

After more than 1000 submissions, here are the final five winners:

Anyone whose handle appears here should send their USDT ERC-20 wallet address to Nakamoto via Twitter.