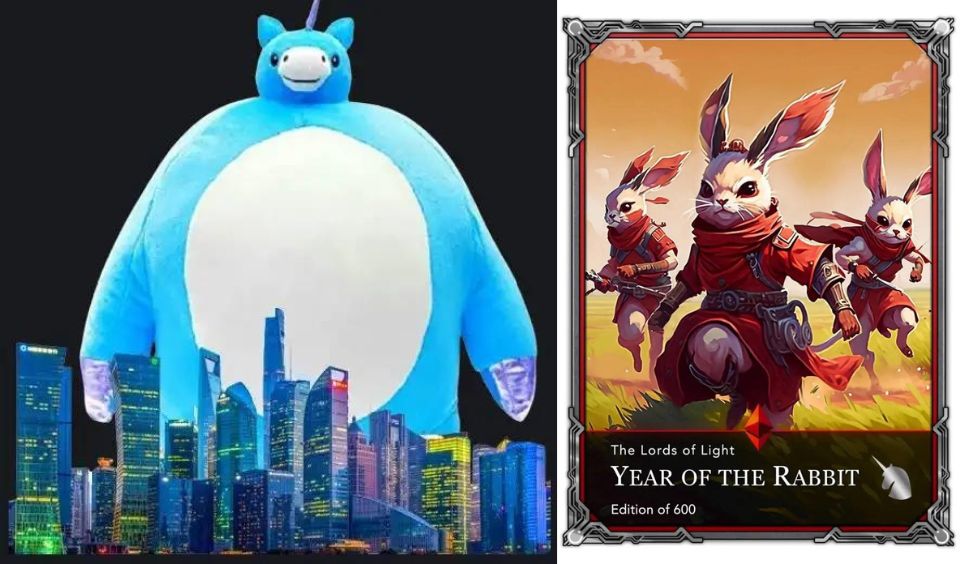 As the world marks the Chinese new year, Raini Studios is launching the “Lords of Lunar”. This campaign involves different activities to mark the “Year of the Rabbit”. Players will receive unique gifts and NFT drops, while participating in an upcoming tournament.

Happy 🧧Lunar New Year🧧 fam! Do we have a huge update for you today, let's dive in! 🤿

Full Medium with all of today's info – https://t.co/Tk94NMIhWf

Thread below for those of you too lazy to click a link 😅 🧵🧵🧵 pic.twitter.com/0Z2UUdbt8w

Meanwhile, the team is holding a Developer AMA with AlCaTrAzz this week. The Lead Designer will share hints about the new cards by 5:30 PM EST on the 23rd of January or 9:30 AM AEST on Tuesday, the 24th of January. This session will include the first 7DS card reveal and will only last for one hour.

Details of the Raini Studios “Lords of Lunar” Campaign

Raini Studios will kick the “Lords of Lunar” campaign into full gear shortly after the AMA. This will begin with another ROTLOL by 11:00 AM EST on the 28th of January. This tournament will be hosted by Blumint and use the single elimination format. Only the top 8 performers will be rewarded.

Below is the prize breakdown:

Besides these benefits mentioned above, there will also be “lucky door” prizes. This will feature 1 ETH Premium pack and 2 AVAX “Year of the Rabbit” cards.

Another highlight of this campaign is the “Year of the Rabbit” airdrop. In celebration of this Chinese New Year, the team is giving NFTs to players with whitelisted access to the RTLOL Alpha. These digital assets will be sent to the wallets of the lucky users via the AVAX chain because this is the native chain for the game. Therefore, those who are part of the allowlist should check their wallets.

Although this airdrop is exclusively for AVAX blockchain, ETH and BSC versions will appear in future releases. Interested buyers can visit JoePegs and OpenSea to get these cards.

The celebrations will continue into February with the release of the “7 Deadly Sins”. This is a special drop involving mini-set cards. It will be followed by the launch of the in ARTHRoN collection March, 2023. After that, the Second-edition pack will be available in April. The team will release further details of these launches in due time.

Where Can I Buy Revomon NFTs (REVO)?

Axie Infinity token soars 40% in just one day. Here are the reasons.