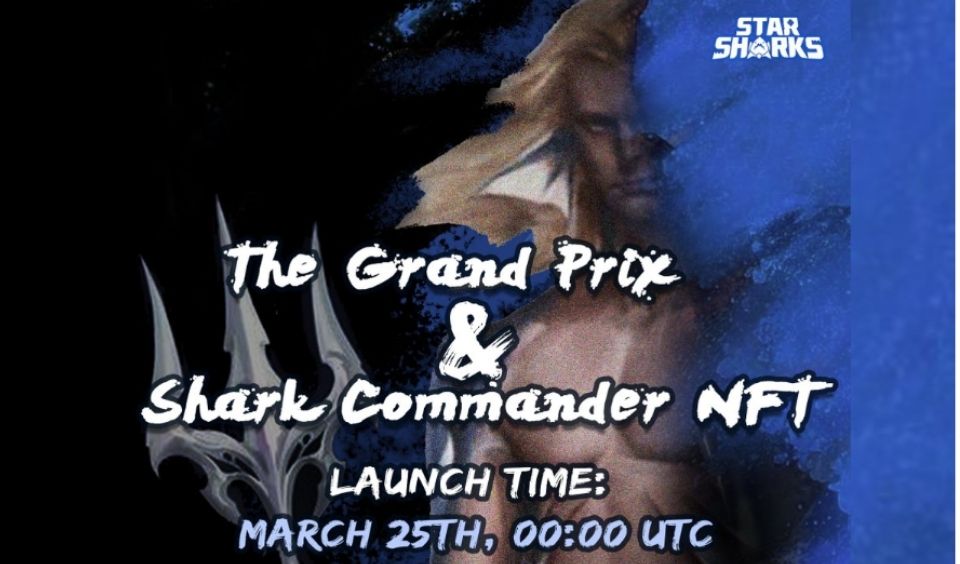 StarSharks is set to launch the much-awaited Grand Prix Mode for hardcore players. This will be alongside the release of Shark Commander NFT. The issuance of this new mode of gameplay is to reward hardcore players. Here are the details of this gaming experience.

🔥The "Grand Prix" mode and the new NFT – "Shark Commander" are about to go live!

You may find something helpful here:
🔗 https://t.co/KEXwFLIGDj

It will continue till the 31st of March 2022. Upon launch, players who have Crown Privilege 3 can access this mode for free. However, others will have to spend 2 $SEA per game to participate.

Furthermore, users can only enter this contest during open hours. Also, the system will automatically record the data for ranking after the first battle. During combat, participants will have to use the teams they built in the training mode to fight.

Before combat can begin, players will be matched against each other. As such, the system will match users with similar points. Furthermore, battle points will increase after a victory or reduce after a loss.

In addition, players with three 4-star sharks will be able to ban three skills in a season. They will do this by voting and the top three skills with the highest vote will be banned for all Grand Prix players.

This result is only valid for one season. At the end of that season, there will be a reset and users will have to vote again.

Regardless of the results, these skills will only be banned from this game mode. It will not take effect in other aspects of gameplay. On a final note, StarSharks also gave insight into the reward system of the Grand Prix Mode.

According to the update, the total amount of rewards is subject to the number of participants. However, the initial reward is 536 honor points.

As mentioned in the introduction, StarSharks will launch the Shark Commander NFT alongside the Grand Prix Mode. This NFT will have four body parts that users can design with accessories.

They include Body, Back, Waist and Hands. Each part of this in-game asset that carries an accessory will have a random skill. Also, it also determines the rarity of that in-game character as a whole.