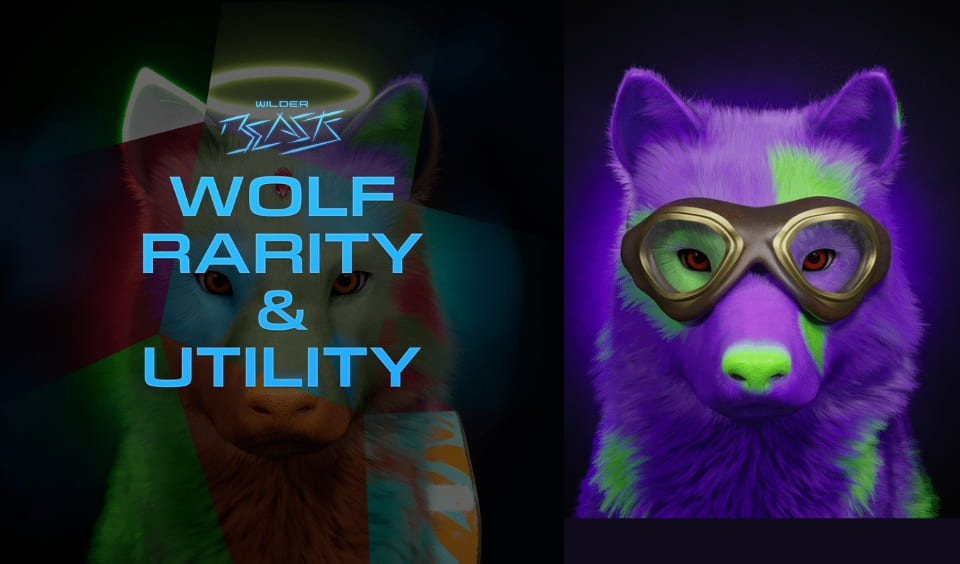 Following the minting of the Genesis Wilder Beasts collection, Wilder World is proud to unveil. It is also revealing the different utilities and rarity levels of these digital assets. They have primary, secondary, Glow and Eye colours.

After their interdimensional journey, this place was now their new home 🐺

Brief History of the Wolves

Following the collapse of their dimension, the Wolf Pack escaped to find refuge in the Wilder World. Despite the challenges, some of them arrived safely. Although they arrived safely, they could not return as the portal through which they came became unstable. As such, they continue to roam the Wiami wilderness to this day. During their ordeal, some of them were not so lucky and lost some body parts during the journey. Those were soon replaced with mechanized components, making these set of wolves partly bionic.

The elder and alpha wolves were the last to cross the portal. They were only able to cross the dimension in spirit. The closure totally removed their physical bodies and made them completely ethereal. Unlike the partially damaged counterparts, the elders and alphas needed complete mech components.

Not all members of the pack suffered injuries during the transit. Some them were able to arrive safely with their body parts intact. As a result, there are three types of wolves in Wilder World. They include the organic, hybrid and completely mech.

Utility and Rarity of the Wilder Wolf Pack

Although they are wild animals, wolves can still serve as excellent companions to wilders. They can offer assistance to you during your web3 journey. Besides companionship, you can also see Wiamo through their eyes. Also, you will receive sprint speed, hops, and swim speed bonuses, depending on the rarity of the beast.

Besides the bonuses, the rarity of their the beasts also contribute to rankings. Each wolf type has a unique set of traits. The mechs tend to have the highest abilities (swim, hop and sprint). They are followed by members of the hybrid packs and Organic wolves rank the least.

However, the channel and companion abilities are not determined by the beast’ class or type. There are a total of 2,000 Organic, 1,000 hybrid and 333 mech wolves. Each class have own unique pattern of abilities.