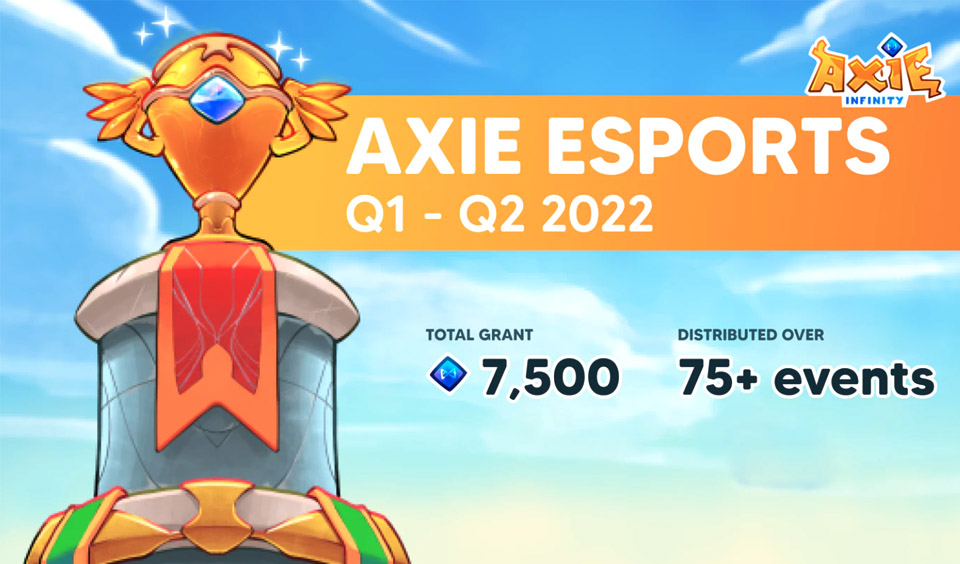 With the second Axie eSports Grant coming to an end and following the launch of the Axie Origin Alpha, Axie Infinity has revealed what its community members can expect next.

According to the game metaverse, the Axie eSports has been a success within the last three months with new starts rising through the grants. The platform is committed to bringing new and innovative ideas to life to deliver value to its users and has made significant updates to Axie eSports.

Today we have an Axie Esports Mid Season Update! @EsportsAxie

Sky Mavis established the Axie eSport Competitive Integrity Council on March 30 to make sure that Axie eSports provides a level playing field for all players. To attain its goal, the council will investigate and judge with integrity on matters relating to throwing, cheating, and win-trading, among others.

Currently, the council will consist of seven members with four from Sky Mavis, one tournament organizer, one elected-appointed by Sky Mavis, and one professional player.

The Axie eSport Competitive Integrity Council (AECIC) has created a global set of rules for Axie eSports, which will apply to all participating parties in different areas of the Axie eSports space. These parties include coaches, tournament organizers, managers, administrators, team owners, and players.

The AECIC has developed a 3-page Governing Ruleset, which is an addendum to the Axie Infinity terms of service. Additionally, all official Axie eSports tournaments will have their ruleset apart from the basic information on registration, administration, format, and conduct.

The launch of the Axie Infinity Origin Alpha has received several feedback and questions from players on how competitive the game will be in the future. The game metaverse assures that it is working on the feedback received and will continue to add layers to Origin.

For a start, the platform will add more balance patches to Origin before the start of Season 1 with SLP rewards. Axie Infinity encourages its users to continue submitting balance suggestions and bug reports as they test Origin.

Based on the feedback received so far on the various tournaments, the game metaverse will be introducing optimal tournament modes. Player pools will be limited for tournaments, with a maximum of 13-15 Axies locked in for events lasting for a couple of days.

Axie Infinity mentioned that it is still experimenting and collecting data for optimal competitive game mode on Axie Origin, which it plans to implement with time.