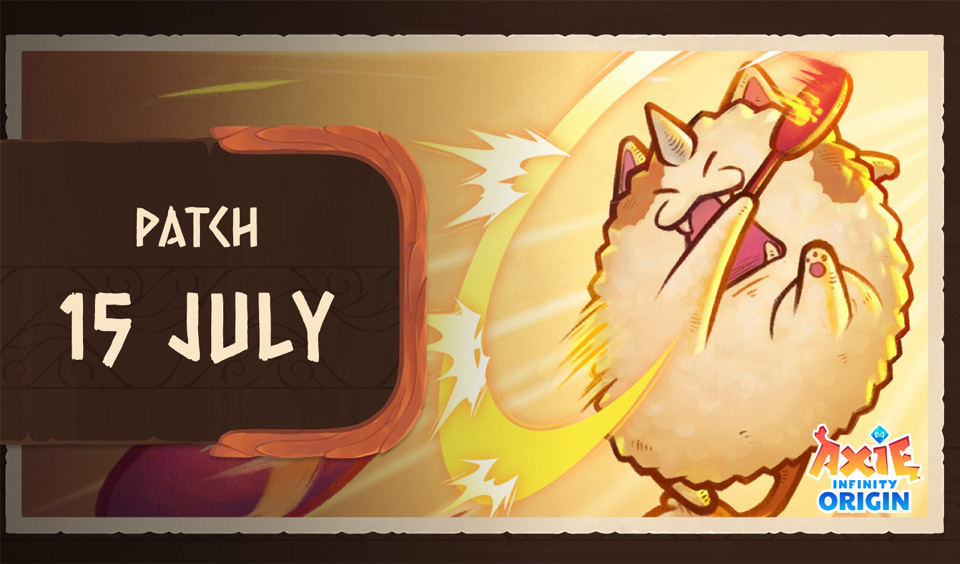 Axie Infinity, the play-to-earn game metaverse, has released a new Origin update detailing new bug fixes and the new Alpha Season Sticker. According to the game platform, it has deployed an update that fixes different bugs on Origin.

It also introduced new improvements and included an exclusive Alpha Season sticker that anyone can download. Axie Infinity also revealed that Origin is enjoying significant growth with about 30,000 downloads in just this week.

We just deployed an update to Origin!

Highlights of the New Origin Update

As mentioned, Axie Infinity added a new and exclusive Sticker for Alpha Season players. It has also removed the prerequisite that gamers need to be in Challenger before they can get the leaderboard rewards. Additionally, the game metaverse has included a new password prerequisite to enhance security on the platform.

Based on the new password requirements, gamers must use a password that contains a minimum of eight characters and must contain at least one uppercase and one lowercase letter. It should also have a minimum of one number and one special character.

Other updates that have been made on the platform include a change in the Teal Shell card type to Secret from Skill. Many improvements have been made to the UI on the game platform.

Highlights of Bug Fixes and Improvements

Axie Infinity has announced that it fixed a bug where gamers can guarantee attaining second in Ranked Mode by canceling repeatedly and queuing. It also fixed a bug where Void could not reduce the Energy of the opponents and where Kotaro cannot refund Energy when one of the targets gets knocked out from an attack. Other bugs that were fixed include:

These are some of the tons of updates and improvements that have been made to the Axie Infinity Origin game.