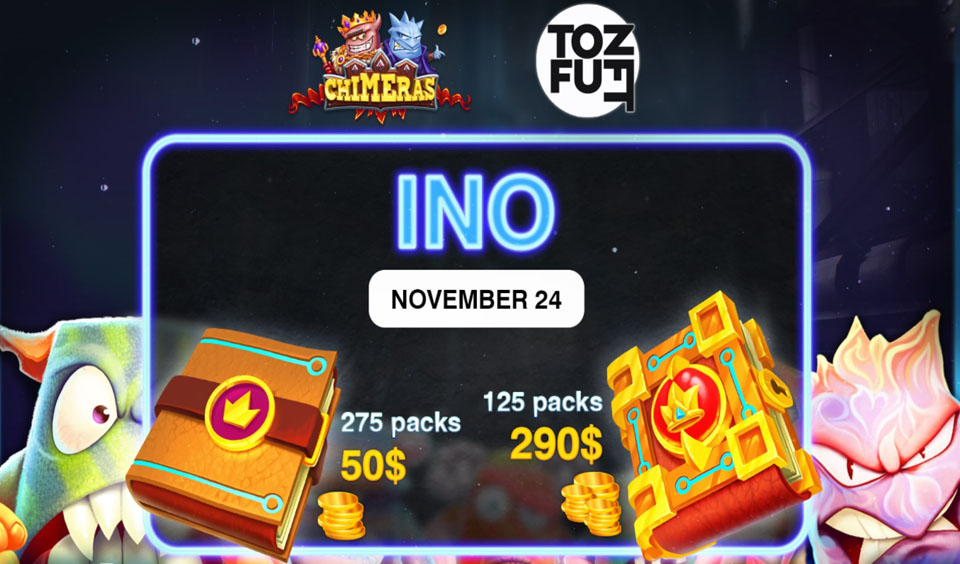 Chimeras, a next-gen mobile play-to-earn and free-to-play game with integrated NFTs and DeFi Farming partners with Babylons, the first community-governed blockchain gaming aggregator, and tofuNFT, an NFT marketplace for Collectibles and GameFi in the Polygon and BSC, to launch its INO.

More about the Chimeras INO on Babylons’ Platform

The first event is scheduled to take place at 12:00 PM UTC on November 23rd, 2021 on Babylons platform. According to the information on website, two categories of limited edition packs have been earmarked for listing to be available for sale at the event.

It is a back-to-back event for Chimeras as it partners with tofuNFT to hold its next INO the following day after the event with Babylons. The next INO will take place at 12:00 PM UTC on November 24 at the tofuNFT platform.

Chimeras is a free-to-play and play-to-earn game metaverse that has entertainment at its core. It offers a minimal gas fee for game actions and players are rewarded with $CHIM tokens and NFT items when they win at games.

These tokens and items can be used to breed creatures in the metaverse. It can also be used to build or trade the virtual land allocations in the game or used in battles.