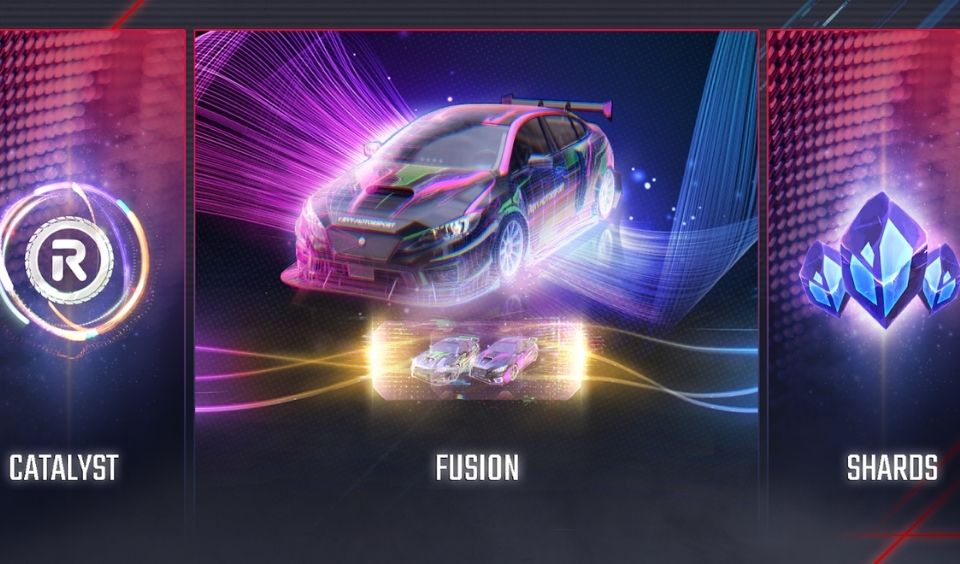 Not too long ago, REVV Racing released a trailer of its gameplay. Following this teaser, the game us finally releasing its tokenomics. In this update, there will be the introduction of two new tokens alongside the Fusion System. They include Catalysts and Shards. Here are the details of this release.

Before we dive into the function of these new tokens, let us look at the REVV Racing Fusion system. This system is the mechanic that guides the game itself. It starts with the collection of the metadata tag of every car in the game. This includes information such as Holder, Ignition 1, Sprint King and so on. The system uses this metadata tag to create a Fusion Tree. It is the Fusion tree that determines the level to which players can upgrade their cars.

It is what enables players to gain access to high level Rarity REVV Racing cars. Like all blockchain game, each car is a player owned NFT. REVV Racing also lists every car in a blueprint. It then makes these blueprints available to car owners upon purchase. Each collection of cars have their specific blueprints.

The current crop of cars have the potential to grow into rare cars. Common cars can become more powerful when players combine them with other assets. Although common cars can be developed, they may not be as fast as the new cars. New cars will faster, more scarce and have access to their own fusion tree. Alongside the release of the Fusion system, 10 cars will be made available. However, the system will still support the common car NFTs that are currently in circulation.

Prior to this update, the primary reward for event performance is the REVV Racing token. This was also the utility token for partaking in races and making in-game purchases. Following this update, the game will be introducing the Catalysts (CATA) token and the Shard (SHRD) token.

Catalyst is a new fungible token that will be used primarily on the Fusion System. This is because each blueprint in the system requires a specific amount of CATA. The game does not intend to trade this token. However, interested persons can still trade the ERC-20 token on decentralized exchange should it get listed.

Shards on the other hands are the tokens that are consumed to create Catalysts. Players will earn SHRD depending on the number of races they complete. Unlike REVV, players will receive Shard regardless of their final standing at the end of the hame.