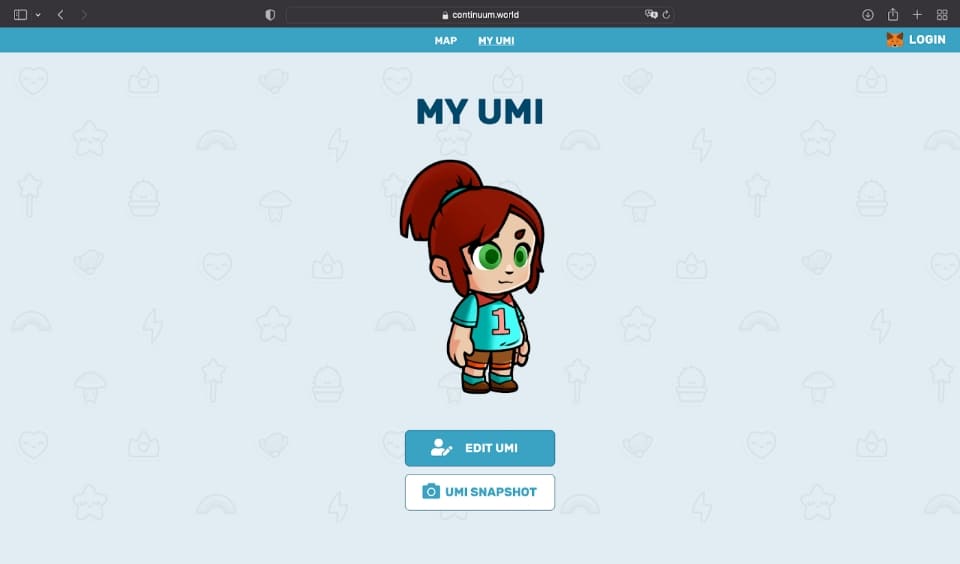 Despite attacks on its Land proceeds wallet, Continuum world is still continuing the development of the game. Part of this development is the introduction of the UMi editor. The game also brings its community members up to speed in the new look of My UMi menu. Here are the details of Continuum World’s progress.

Details of My UMi Menu

Despite giving insight to My UMi menu, Continuum points out that it is still a work in progress. Furthermore, the release date remains the first quarter of 2022. Also, some details in the UMi editor may change by the time of its release. However, the Edit Umi and Snapshot option will not change. Meanwhile, My UMi menu is available in the Continuum World official website.

With this editor, players will be able to customize their UMis and get a cool snapshot of it. In the Edit UMi option, players can tweak the appearance of their UMis. This includes changes to the eyes, nose, mouth or hair to the upper body, pants, shoes, etc. After completing the customization, users will give their in-game character a name to complete the process. Once you complete this process, the Snapshot option will become available.

You can decide to download, screenshot or add it to your RRSS. There may also be options to include social aspects to the game. Continuum World also issues a pictorial, step-by-step guide on how users can create a UMi. The essence is to give players various options with which they can use to create a cool portrait. You can also add poses, backgrounds, stickers and frames to your creation.

The introduction of this new feature may also lead to another content creation contest. It will be quite similar to #MyIsland contest, which was of charming and creative. Therefore, users should start looking for inspiration.

Summary of the Attack on the Land Proceeds Wallet

There was an attempted hack on the wallet containing proceeds of the Land sale. However, there is no cause for alarm. This is because the Continuum development team was able to contain and deal with the threat. Also, the NFT lands and UM are completely safe. As such, the treasury will keep running. Furthermore, this cyberattack will not affect the game’s development in any way.

Following the attack, the price of UM token dropped. This is because the attacker put some stolen tokens for sale on decentralized exchanges. The attack was able to happen due to an issue on the Polygon node. Continuum also points out a similar incident happening to polygon itself.

OpenSea vs. Rarible: What are the Differences?