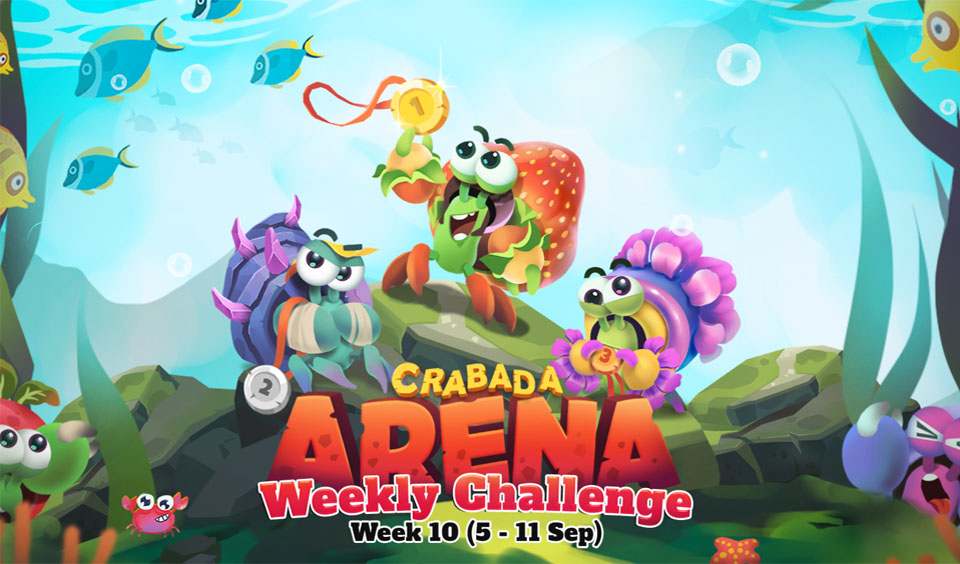 Crabada, a play-to-earn idle game on Avalanche, has announced the launch of its Week 10 Arena Challenge event. The event, slated to start today, September 5, and runs until September 11, has plenty of rewards up for grabs.

Some specific rules and mechanics pertain to this week’s challenge that players must be conversant with.

What are the Tiers in Week 10 Arena Challenge?

In situations where there are decimal points, Crabada will round up the Arena Point to the next whole number. Interested participants in the Week 10 Arena Challenge event will find the details of the reward structure on the social media pages of the game platform.

Crabada is a play-to-earn, cross-platform Web3 idle game themed around a world of fierce fighting hermit crabs known as Crabada. The game involves the discoveries of Under Sea Treasures by adventurous players. Gamers can mine, breed, loot, and battle to contend for the position of the King of the Crabada.

Metaverse Gearing Up to Transform Workplace with Immersive Technology