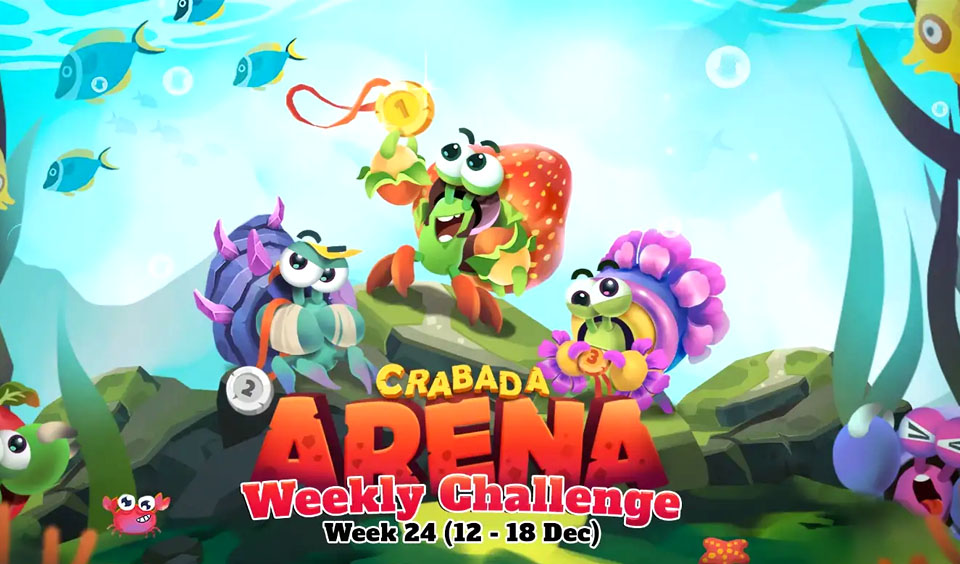 The game platform mentioned it tweaked some of the mechanics and rules to keep the event fresh and entertaining to participants. It is worth mentioning that the mechanics for the Week 24 Arena Challenge apply only to the effective week.

Highlights of the Rules and Mechanics

Crabada revealed that it will refill the Arena Tickets every two hours instead of four hours. Each player is entitled to a maximum of six tickets.

Also, all participating Crabada in Arena battles this week will participate at a maximum of level 100. This means everyone will battle at their full strength. Other highlights are enumerated as follows:

Secret Weapon: The Game UI will only reveal two Crabada in the lineup of opponents, and one will be hidden.

Perfect Synergy Boost: A team with three Crabada who have the same Class and Princer skills will receive a 50% attack increase.

Arena Point Tiers: During this week’s Arena Challenge, a gamer will be split into various tiers according to the quantity of (APs) tiers.

The platform will deduct different amounts of Arena Points from an Arena defeat. This will depend on the base deduction amount and the player’s tier. The details of the tiers are listed below:

Highlights of Points and Rewards

Material Chests are new additions and will be rewarded to the top 500 top-ranked players in the event. Other rewards include Crystal Shells and User EXP.