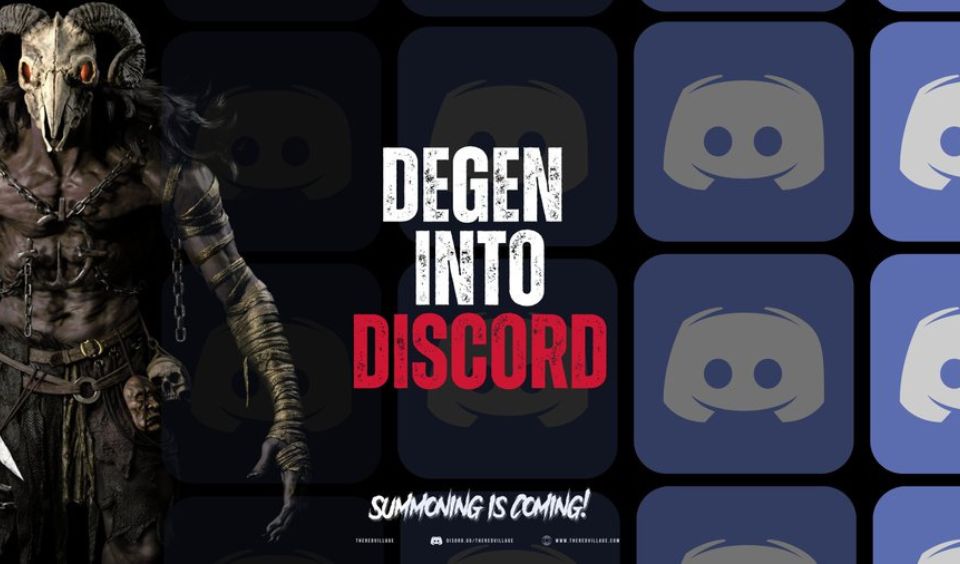 The Red Village has announced Degen into Discord (DiD). This is part of a campaign that encourages everyone to share their thoughts at the Tavern. Even the Blood Queen is not her fiery self and likes the noise – as long as it entertains her. She even put forth a challenge – Talk the most and learn your stance. This competition comes after the MakeUp Cup launch.

DEGEN INTO DISCORD
For your Chance to reveal a Champion's actual Fighting Stance…(Never been done before!)

Unlike most discord-centered campaigns, this is not to promote a newly-launched server. Instead, DiD aim to bring back buzz to The Red Village Server. As one of the loudest web3 communities, the team wants to ensure that newcomers feel positive vibes immediately after they join the general chat.

Details of The Red Village Degen Into Discord Campaign

There are no high demands to earn prizes from this contest. Ask questions, answer questions, enjoy yourself and be a good villager to share from the prize pool. The current crypto winter is challenging, and many people are having it tough. This is why the team provides everyone with a safe and fun place to hang out and engage with others. No one should be entering the New Year in a gloomy mood, especially with the release of some Summoned Beasts.

The top 50 members with the most engagements will enjoy multiple benefits. Below is the breakdown of rewards for participants:

Villagers that are interested in this campaign must abide by the following rules and regulations:

How Much Does it Cost to Start Playing Star Atlas