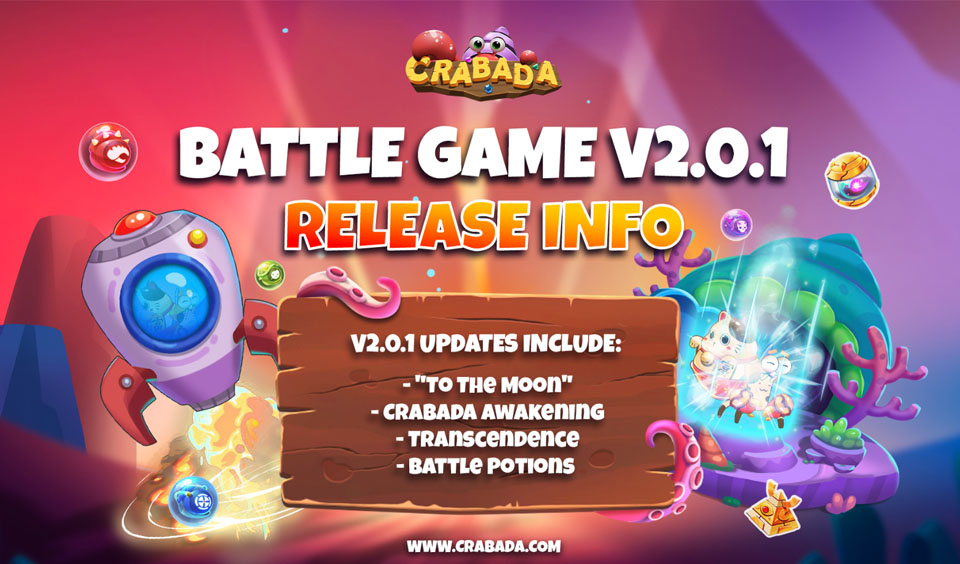 The play-and-earn idle game on Avalanche, Crabada, has released Battle Game v2.0.1 update where it introduced decay mechanics. According to the game platform, the update is available from 2:00 UTC on January 11, 2023.

The new update is available across different platforms, including Windows, Android, macOS, and iOS.

The top features that gamers can explore in the new Battle Game v2.0.1 include the following:

They also include Pearls of Craboid, Pearls of Surge, Pearls of Ruined, and Pearls of Organic. Every part sent to the Moon generates 300 Inheritance Pearls that correspond to the part’s DNA.

This connects the inner ability of a player’s Crabada, thereby boosting its base stats by about 15%. The game platform reiterated that players can only awaken each Crabada once to prepare it for Transcendence.

This unlocks a Crabada’s biggest potential and increases its level cap by five every time it transcends. You can transcend each Crabada up to five times in its lifetime. Players need 2 Awakened Crabada of equal Transcendence level to transcend.

They also require Crabada level with a minimum of three parts of the same class. Also, they require 1 Pearl of Transcendence, which is available for purchase through the Arena Shop.

Also, they need 2,000 Inheritance Pearls of equal class to complete Transcendence. Note that the chosen Crabada will fuse, and the second will be burnt during the process.

Battle Potions improve a Crabada’s capabilities for 24 hours, based on the potion type used. The game platform has released eight Battle Potions types, which users can craft and use for different effects. You need 45 Inheritance Pearls for each Battle Potion consisting of 9 from every 5 Classes.

Following the Transcending of a Crabada, its level cap increases by five, enabling it to further level up. Players need 400 Inheritance Pearls of equal class and Crystal Shells to level up Transcended Crabada.