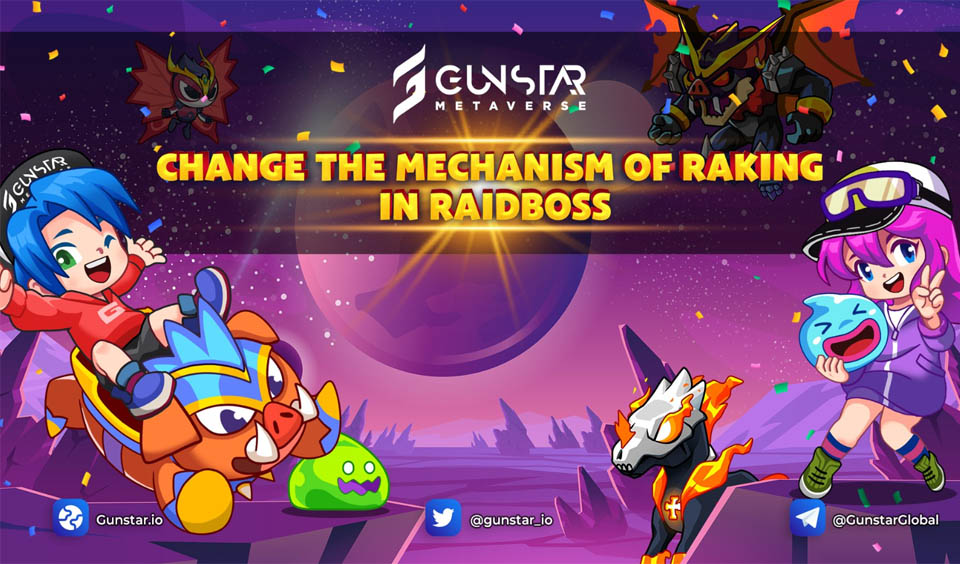 The turn-based artillery game, GunStar Metaverse, has announced the details of the adjustments that the team will carry out in the ranking mechanism in RaidBoss in its upcoming update version.

According to the game metaverse, the number of stages completed will determine the rank of a player. In other words, the more stages a player completes, the higher their ranking will be on the Leaderboard.

🔊 In the upcoming update version, the ranking mechanism in RaidBoss will have some specific adjustments below 👇👇
#Gunstar #Metaverse #Gamefi #freetoplay #PlayAndEarn

Highlights of the Ranking Mechanism Update in RaidBoss

Other details given concerning the ranking mechanism update in the RaidBoss game are enumerated as follows:

Additionally, the amounts of HP units of Bosses/Monsters, as well as the supporting buffs they have used up in the earlier stage, will remain the same and unchanged.

The GunStar Metaverse earlier announced the introduction of two new features into its game metaverse, Pet Generations, and Pet Energy. These two new features will play a significant role in shaping the gameplay and strategy of the game.

New Pet Generations are Gen 0. They are hatches from originally minted eggs from the developers. These Pets include Bawaving, Horiding, Sniffing, Woruffing, Pifating, and Radenting.

Gen 0 has the benefits of not having energy limitations while playing in the campaign mode. The price of each pet is decided by the supply and demand curve in the market. The Gen 1 category of the Pet Generations includes the first set of pets created by gamers with the use of Pet Fragments, GST, and GSC.

These pets are created to be stronger than Gen 0 and they have strong benefits in playing the improved mission which offers more GSC than the regular campaign.

Why Player-Controlled Blockchain Games are the Missing Puzzles in GameFi?