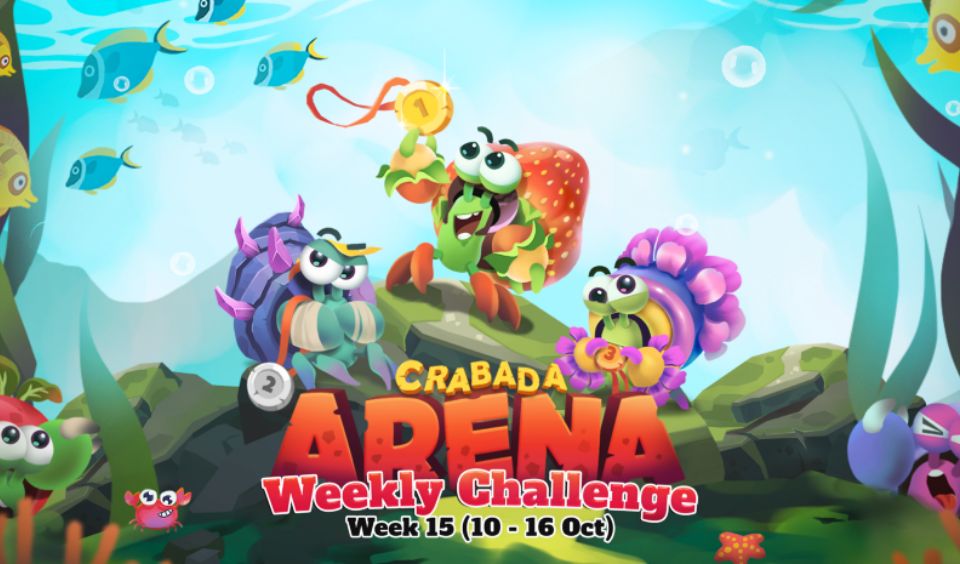 Crabada has issued the Arena Challenges for Week 15. The update for the coming days features Arena Point Tiers, additional levels and other events. This comes after it ceased the operation of the idle game that was launched last year.

Details of the Crabada Arena Challenges for Week 15

According to Crabada, the new cap of Arena Challenges for week 15 is level 65. However, this will only take effect from the 10th to the 16th of August 2022. Speaking of maximum capacities, the most tickets one person can purchase are now 10 units. On the other hand, there will be a reversal of the different faction advantages during this period. Users should check the charts before delving into gameplay.

In addition, the team is also increasing the Eye Effects by 300%. These modifications will not affect the following power-ups:

This week, players will now be grouped into different tiers according to their Arena Points. Losing a battle will cause you to lose points and drop in the ratings.

Below is a breakdown of this system:

If there are decimal points after a deduction, it will be rounded up to the nearest whole number.

Other Updates and Events

Meanwhile, Legend Equipment Boxes are now available in the Arena. However, you cannot trade the rewards that these NFTs offer. In addition, they also expire after specific periods according to their rarity level. This is as shown below:

However, the equipment that you forge by yourself will not expire.

The Idle-Game ceases operation on the 10th of October. Also, there will be further updates on the economy and V2 of the Battle Game.