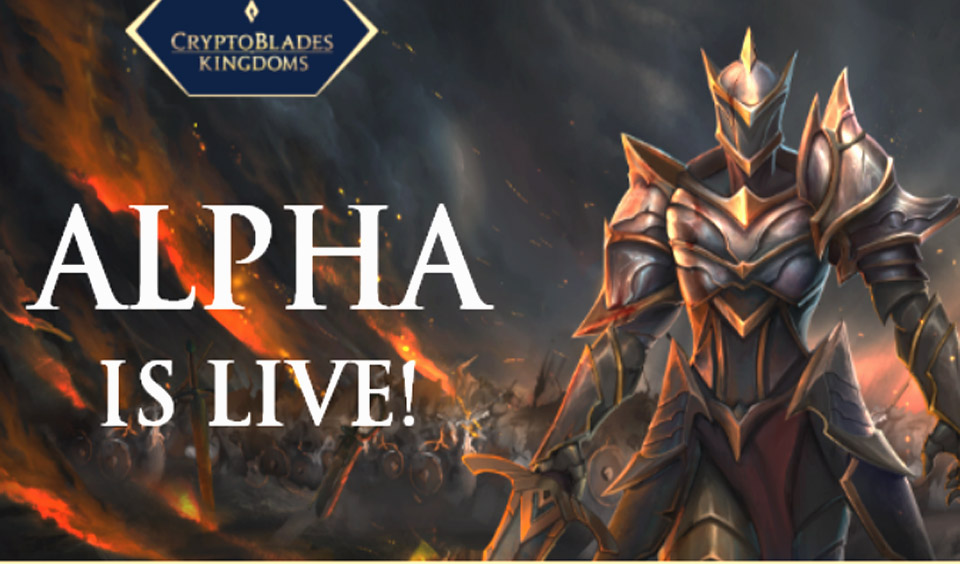 CryptoBlades, a play-to-earn blockchain-based game metaverse, has announced the start of its Alpha test. According to the game platform, Alpha is a big development step for the game metaverse as private testers have already begun to play the game.

To commemorate this milestone, CryptoBlades is hosting a week-long event to allow everyone to celebrate and earn rewards. The platform has created a video teaser whose production was led by The Mill consisting of cinematic experts.

These professionals have created films and videos for different reputable brands worldwide, including Pepsi, FIFA, Adidas, and Assassin’s Creed.

Highlights of the Events for CryptoBlades Alpha Test Celebration

For the whole week of the celebration, CryptoBlades metaverse plans to reward players with double XP. The double XP will be awarded to all players that successfully win combats during the event.

Just as seen in the CBK game teaser, the stunning Blazing Mane sword will be available to create a Special Weapon. Only 110 of the blades are available for players that are fast enough to collect their shards before others.

It is worth mentioning that the searing blade of the Ember-hearth is designed to be wielded only by the selected few that were found worthy of its unique power. The blade of Ember-hearth has been passed directly to the leaders of Faisar Fire Knights.

According to mythical analogy, this blade has been forged from a special aether stone from the blazing inferno of L’kah, a renowned ancient volcanic dragon that was lost very long ago. With such a mythical background, every fan of CryptoBlades would want to have a piece of the searing blade.

The game platform has advised that CryptoBladers should keep up with its social networks as it will be releasing statistics and details of events for the Alpha testing all through the week. CryptoBladers can look forward to knowing more about battle reports, resource counts, and a host of other details.

CryptoBlades is a play-to-earn NFT-based RPG game that revolves around powerful Heroes and the acquisition of legendary Blades. Players in the game metaverse can earn $SKILL tokens when they defeat enemies. They can also win by staking their profits on PVP.