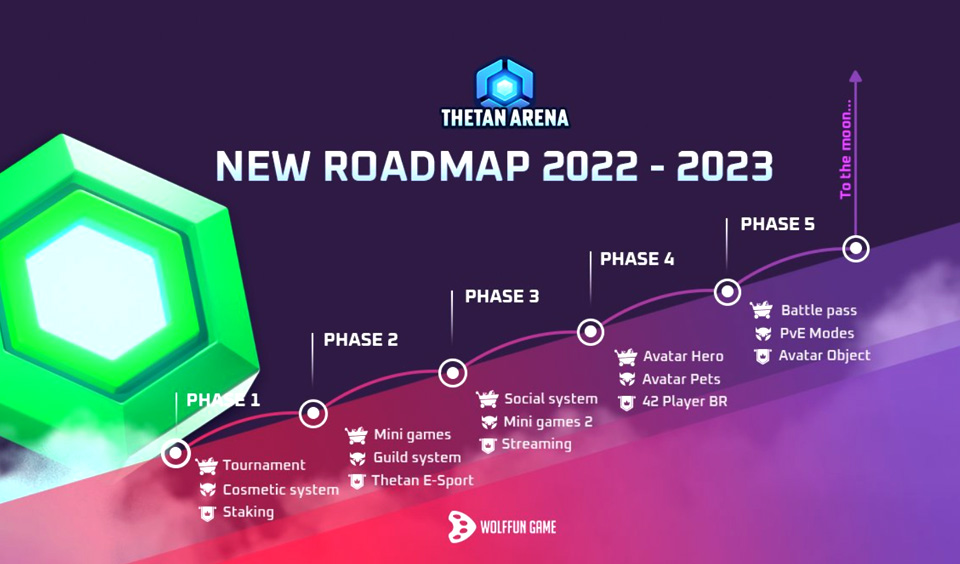 The new roadmap will focus more on stabilizing the platform’s tokenomics and improving the gaming experience for all players. With numerous phases planned for the two years, Thetan Arena is set for a productive phase in its metaverse.

Highlights of the Roadmap

The game platform has highlighted different activities for the next several months. However, it also mentioned that adjustments would be made as deemed necessary. Here are the highlights of the roadmap as released by Thetan Arena.

The team has also revealed that it will balance its tokenomics in one of the phases in its roadmap and also begin to create more engagement with different target audiences, including investors, gamers, streamers, and guilds. Also, the game platform aims to attract the global public by introducing eSport.

According to the team, they are confident that this will expand the game’s community and boost the connection among members. The team went further to reveal that Thetan Arena is currently exploring uncharted territory. Therefore it will be impossible to achieve its goals without the support and commitment of its community members.

They have assured the public that the game platform is not stopping with the phases highlighted in the new roadmap but will continue to enhance its project to create a memorable and one-of-its-kind experience for the community and the world at large.

What is Thetan Arena?

Thetan Arena is an e-sport, blockchain-based game platform that allows players to form teams, gather friends, and battle with others to earn money through their skills. The gameplay on Thetan Arena revolves around the gamers’ skills and teamwork.

Players can challenge themselves through different game modes, including Battle Royale and MOBA. All game modes come with monthly updates and players can look forward to great rewards.

CryptoBlades Launches Alpha Test: All You Need to Know