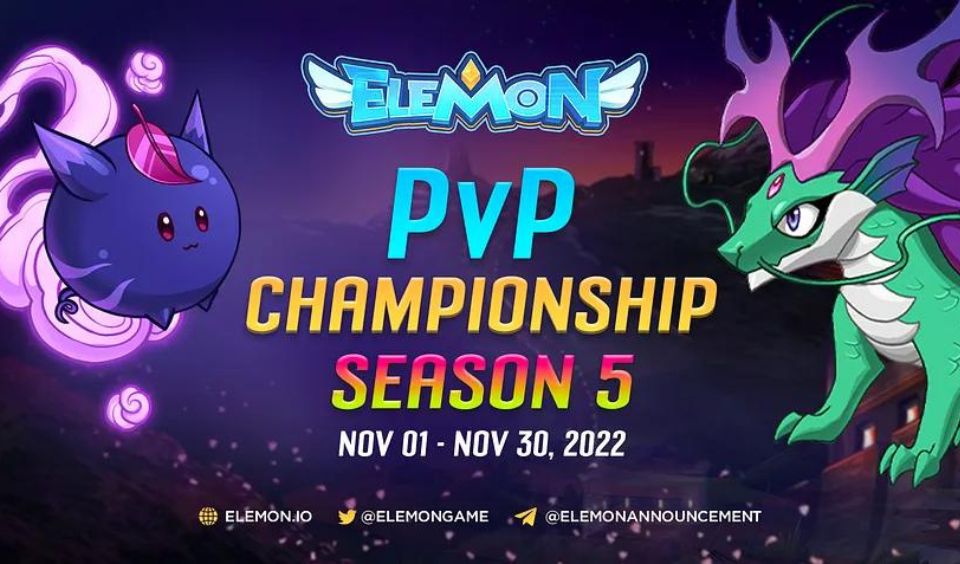 Elemon has officially kickstarted the PVP Championship Season 5. The new series comes alongside Boss Guild Season 6. It also promises multiple amazing battles for every community member in November. There is also a significant prize pool for the best participants. This launch comes just days after the recently ended honorary tournament.

The Elemon PVP Championship Season 5 will run from the 1st to the 30th of November 2022. Over the course of 30 days, users will compete against each other for the 5000 $BUSD worth of cashand NFT prizes. This includes the final leaderboard, in-game rewards and $ELCOIN bonuses. Besides the general leaderboard, there will also be prizes for first time achievers.

Part of this campaign is the general PVP championship. Below is a breakdown of the general ratings:

Like prior editions, this new season will feature both the regular PVP Tournament and a new Championship mode. The standard PVP demands that players own an Almighty Stone or Energy to become eligible for participation. While the other ranking involves players challenging those within the 500 positions to a duel.

Players who want to join in must reach a minimum of level 15. They must also have at least 5 Elemons ready for battle. Once they have these requirements, interested participants must register at the Arena at the beginning of a season to register. Once they file in their interest, the system will allocate 1000 cup points to everyone.

There are a few things to note: