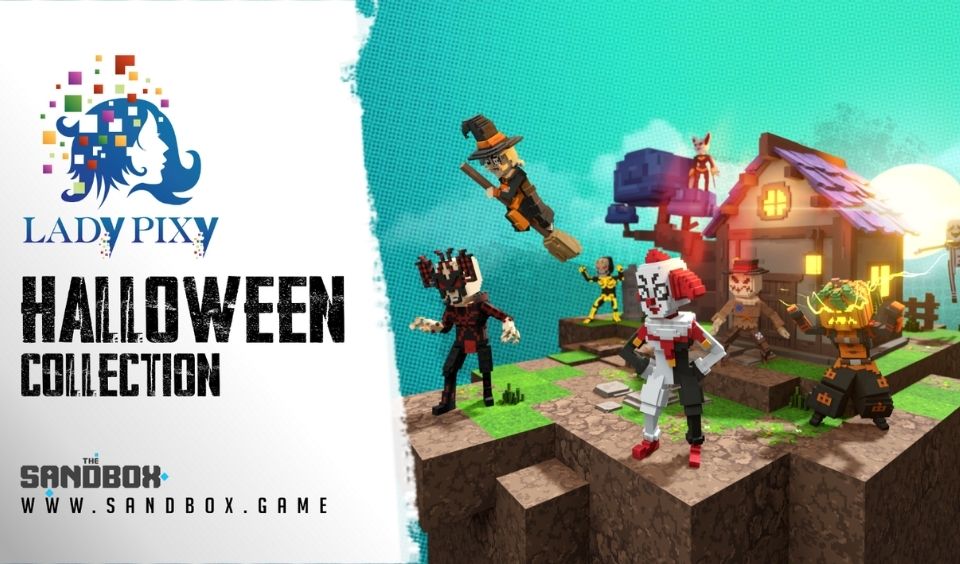 Halloween is almost at hand and everyone is getting a costume. By everyone, this includes The Sandbox Game as well. The game is set to launch Lady Pixy – a limited edition of Halloween collection. Sandbox is using this drop as a means of adding new characters to the game. Here is all you need to know about this event.

This drop will consist of ten avatars that will also serve as in-game characters. For each of these ten avatars, Sandbox will mint three copies. However, only one copy will be available for sale in this drop. The other two will feature in a future event. So keep an eye out for them. As for the sale, it will take place by 3PM UTC on the 30th of October. This sale will take place on the Sandbox Marketplace.

This sale comes off the back of an AMA on the 27th of October. In this event, members of the community had the opportunity of meeting with Sébastien Borget. They got to know more about the project, like the creation process and so much more.

The avatars are a product of the collaborative design by a team of talented and professional artists. It took the approval of all the members of the team to add every avatar to the collection. While creating these characters, the designers infused no less than 50 animation movements. This will come in handy when using them in the process of gameplay as well as DeFi. There will be two tiers of avatars, with five avatars in each tier.

The Legendary Tier includes Witch Lady, Clown, Spider, Monster and Bat. In this tier, three units will sell for 12,600 SAND. The other class is the Epic Tier and it contains Skeleton Man, Pumpkin Lady, Ghost Man, Spooky Tree and Scarecrow. They are almost half the prices of Legendaries and sell for 7,350 SAND for three units. Players can customize these in-game characters however they wish. This goes from changing their skin tone to as much as equipping them with weapons and other wearable assets.

There is also an ongoing competition where lucky persons can a total of 2,000 SAND. To partake in this competition, creatively carve The Sandbox Logo into a pumpkin. Take a picture of your work and tweet at the game using #THESANDBOXHALLOWEEN. After posting the tweet, retweet it and stand the chance of winning in-game accessories. This competition ends on the 1st of November.