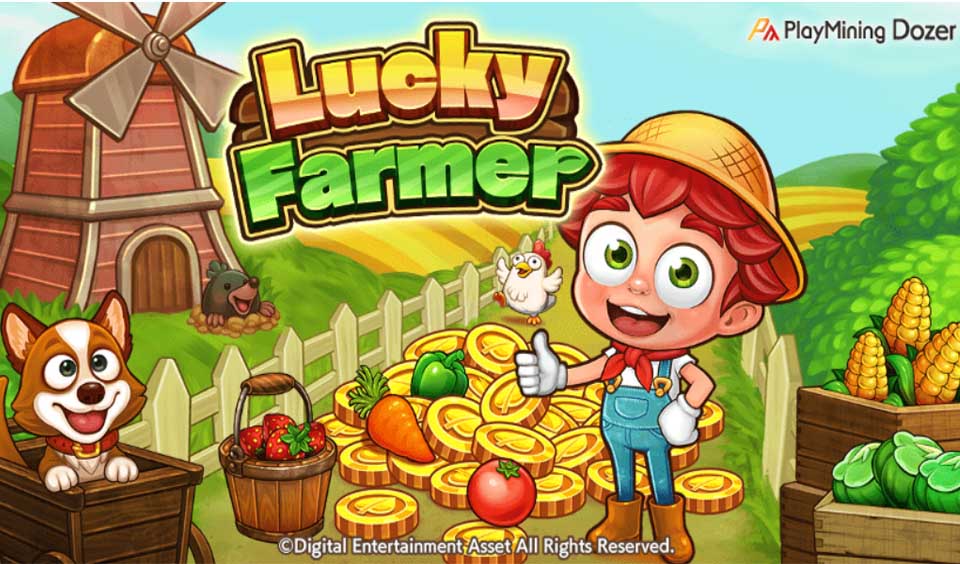 The play-to-earn game platform, PlayMining, has announced the launch of its new game, Lucky Farmer, which holds on November 14, 2022. Lucky Farmer is a coin-pusher game themed around a farm. Players have full control of the game.

Players can control the game by tapping the screen to drop medals and pushing out the dropped medals. Next, they place the medals in the red wagon at the lower part of the screen before spinning the slot.

We're pleased to announce the launch of Lucky Farmer, a new game title for PlayMining, on Monday, November 14th, 2022. Let's jump to the PlayMining Medium page!🥳

According to the game platform, the slot has different tricks, which include dropping eggs, growing crops, and raining medals. When a player gets triple sevens, they enter the fever time and win a big amount of medals. Additionally, the game has several pet functions and items supporting the game.

Lucky Farmer has two NFT types. These are Farmland NFT and Character NFT. The Farmland NFT offers an advantage, such as obtaining special crops and probability of slot drawing. When you set your game on the user’s farm, you also have an opportunity to earn DEAPcoin during your game.

The Character NFT offers a player the chance to change their background, background music, and avatar while playing. When combined with specific Farmland NFTs, it can boost the chance of slot drawings.

What are Pets in Lucky Farmer?

Pets can activate skills. When your pet pattern aligns in the slot, it activates a skill, which has favorable impacts on your game. These include dropping crops or eggs on the field. When you feed your pet, it makes your friendship stronger and boosts the skill’s activation rate. You will find four types of pets in the game and each has unique outfits.

When players accomplish tasks, they receive rewards. There are four different task types, including Daily, Weekly, General, and NFT tasks. Each task has a unique reward, such as Medals, Items, and DEP.