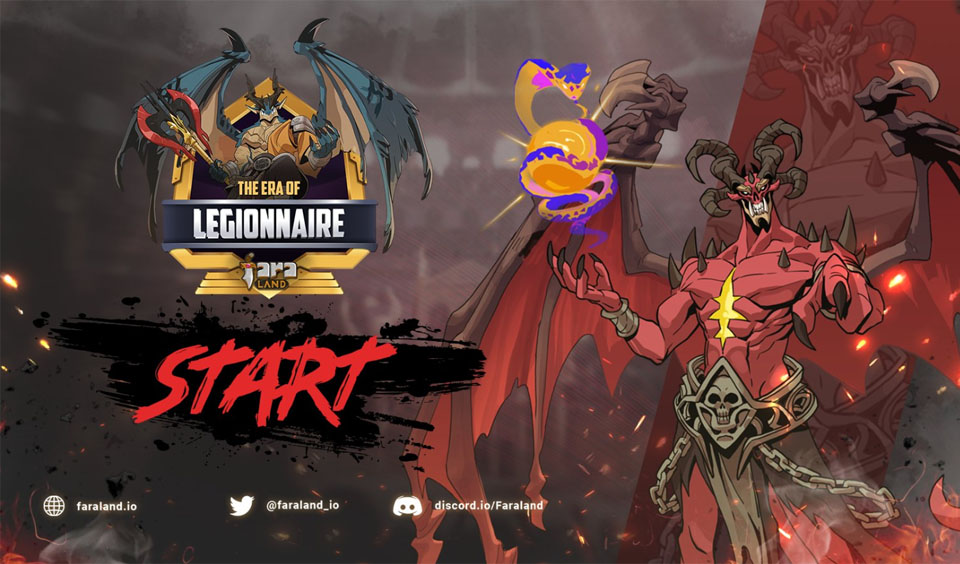 A multiplayer RPG NFT game on BSC, Faraland, has announced the second edition of its PvP tournament, the Era of Legionnaire Season 2. The event is slated to start at 9:00 am UTC on September 28 and ends on October 5.

Before participating in the PvP event, gamers must confirm the Commitment policy for PvP mode fairness. Following the feedback and comments from the community, Faraland said it has updated the Tournament to make it more attractive.

💥The Era of Legionnaire Season 2 Start💥

Especially in this season, the player with the highest position will receive an additional Emperor Stone.

Highlights of the Updated Era of Legionnaire Season-2 Ranking System

Each gamer will receive a base of 2000 ELO points and the system will match players with similar rank points automatically. Players do not have to worry if it takes longer to match as the system will extend the ELO gap automatically to find a match. It is worth noting that the gap will not be more than 200 ELO.

Hero Transfer: When you transfer Heroes to another wallet, you will earn your ELO based on the ELO points of the Hero.

AFK: This will not take any action. However, after five turns of AFK, the game mechanism will consider you defeated. Also, your ELO will reduce by 50 after going offline for one day. The game system calculates a full day from 0h UTC.

Terms and Conditions of entering the Leaderboard: A player must have played a minimum of 20 PvP matches in the ongoing season to qualify for the top 300 PvP reward. Where fewer than 300 players qualify for the bonus, the leftover rewards will return to the Game Incentives fund.

Highlights of the Prizes for the Era of Legionnaire Season 2

The platform will reward the top 300 players in the Era of Legionnaire Season 2. The details of the rewards are enumerated as follows:

All 300 winners will receive some $FARA tokens, and the top fifty will also get other in-game assets. The total prize pool for the season is 26,700 $FARA.