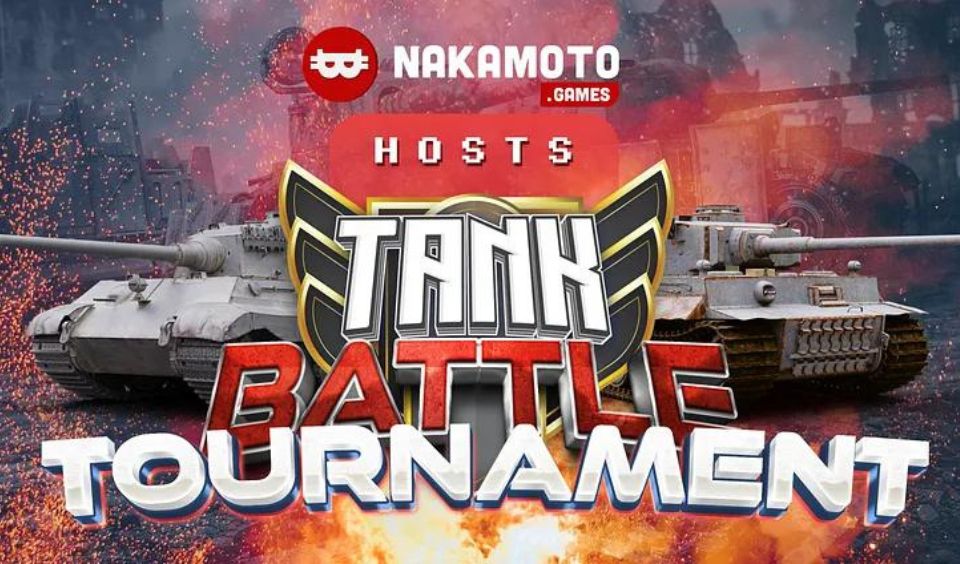 Earlier on, Nakamoto Games launched a new game. The company is launching the Tank Battle Tournament to celebrate the newest addition to its ecosystem. In addition, it will also be utilizing the tournament-as-a-service feature of Uponly. While making this announcement, the team did not hide their delight in introducing community members to this new gameplay.

This contest will go live on the 22nd of August and will continue for the next three days. Over this time, participants will be separated into different rooms. Meanwhile, registration will begin as early as the 15th of August. Therefore, users will have seven days to signify their interest. During the period, players will be opportune to experience one of the most engaging and exciting play-to-earn ecosystems. So much that this competition will further enhance the reputation of

As mentioned earlier, Nakamoto Games will work with Uponly to provide users with the best experiences. Thanks to this collaboration, the Tank Battle Tournament can accommodate up to 30 persons per gaming section. There will also be AI bots to ensure players do not exceed this amount per section. This will help to ensure a seamless gaming environment for users. Each of them will have up to 8 lives with which they can engage in various battles. Anyone who exhausts their lives before the tournament’s close will no longer be able to continue playing.

Battles will occur in open fields, where contestants will go up against each other. The winners will get the opportunity to climb up the ratings. While making the announcement, the team also revealed the benefits for finishing in the top three positions. They are as shown below:

Despite giving insights into the prize pool, they did not state if the compensation would be in $NAKA tokens or stablecoins. However, they did point out that there will be more upcoming competitions. This is because the GameFi ecosystem is looking toward working with Uponly

NFT Developments in the Weekly Sprints

Just days ago, Nakamoto launched the NAKA Punks NFTs. The sale of this digital asset turned out to be a massive success. In this regard, the organization is working towards building a marketplace to enable users to mint their non-fungible tokens easily. It will also be introducing NFT buildings and other tokenized assets. There are also plans to introduce customized skins for the Tank Battle game. Finally, a new survival game is also in the works.

Fabernovel Releases Reports of Its “Into the Chinaverse” Study