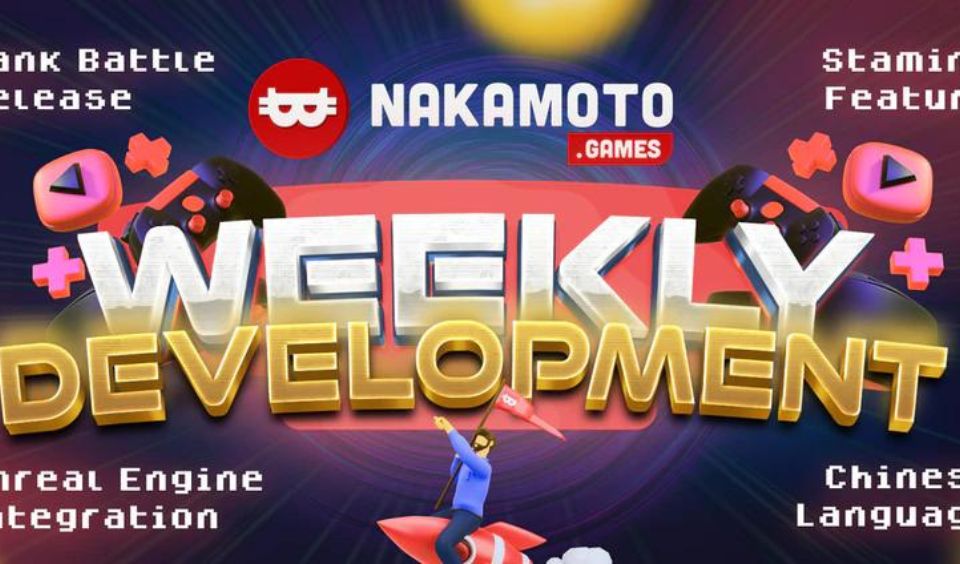 As with its tradition, Nakamoto Games is issuing its weekly development sprints. On this special occasion, it announces that it is set to launch the new Tank Battle game during the week. This comes after completing all necessary procedures on the 11th of July and the $NAKA staking event. With this addition, the corporation now has 18 projects in its portfolio.

Another exciting week for $NAKA!

The first version of #Tank #Battle will be released.

The #stamina #feature will be integrated in our #free2play #games.

The @UnrealEngine integration will be finalized and our #platform will be available in #Chinese.https://t.co/QIwl9OsxEK

For months, Nakamoto Games has been working on the Tank Battle game. Despite mentioning plans to launch this new project this week, it did not state exactly when it intends to do this. Meanwhile, this update comes simultaneously when there are plans to migrate to Unreal Engine.

The UE is a world-class game creation software. By using this platform as the base for its projects, players will enjoy better graphics quality. In turn, this will increase the amount of player participation. With the launch of this new addition close at hand, high user activity is of utmost importance.

Besides the introduction of Tank Battle, Nakamoto dev team is also incorporating significant developments.  For one, it will be adding a stamina feature. This implies that players will expend an energy bar whenever they use the free-to-play option. Once it runs out, they will have to wait till it refills before they can resume gaming again.

Away from the specifics, metaverse-wide developments are coming during the week. For example, the team is introducing a better wallet system. This will help to foster the instalment plan for those who want to purchase assets on credit. Part of the upgrades will include a revamp of the energy farms and houses in the NAKAVERSE.

One significant area is the implementation of a Chinese language option. Nakamoto intends to use this incorporation to reach a much more diverse group of users. This will in turn increase player participation.

Below is a rundown of the technical inputs needed to achieve the improvements outlined above: