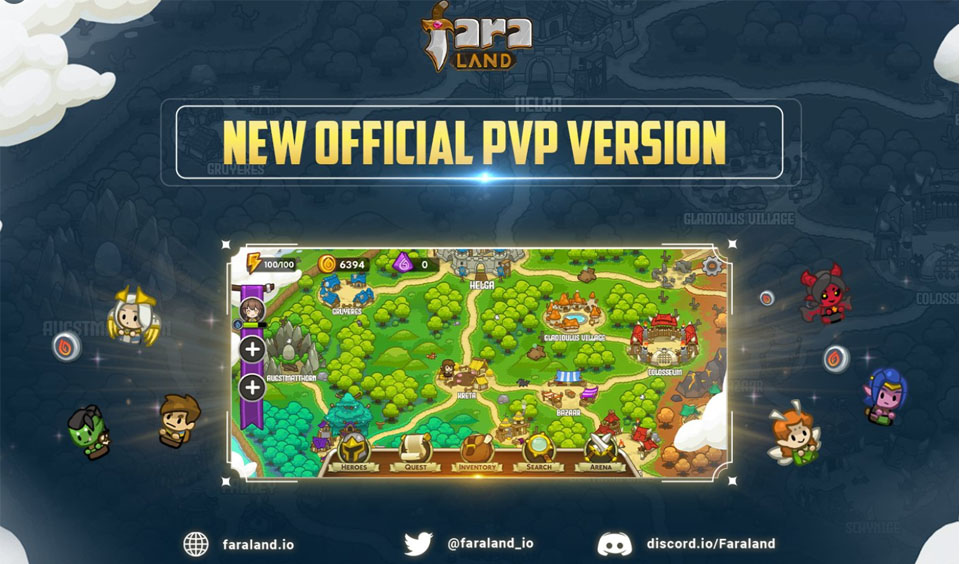 Faraland, a multiplayer RPG NFT-based game platform, has announced the completion of its new version, v0.2.15 with lots of improvements to the PvP and PvE game modes. The changelog on the game metaverse covers all operating systems, including Android and iOS.

Highlights of the New Version of the PvE Game

For the PvE, the game platform has updated the interface. While playing the game, gamers will see the remaining Grima Bosses for the day displayed on the game page. It also comes with a countdown mechanism for resetting the time for the Grimas when defeated for the game day.

✨Lots of improvements to PvP mode✨

Get ready for the new Tournament will start early next week 💪🏻#Faraland $FARA #BNBChain pic.twitter.com/6YUfoo31nM

Highlights of the New Version of the PvP Game

Many changes have been made to the PvP version of the Faraland game. For instance, there is a change in the tournament’s time and rewards. With the new version, there will be one tournament every seven days with a 3-day break.

The break period will be for researching strategies and distributing rewards to tournament participants. The rewards for PvP will also change. The highlight of the changes is as follow:

Currently, there are two Guilds. This means the Guild with the higher strength will win the reward. As the game grows, there will be more Guilds and the rewards may be shared among Top Guilds based on Strength and may follow the patterns of Top 3, Top 5, and so on.

Other Updates in the New Version of Faraland

Improved PvP Matchmaking System: Players can now get paired up with other players who have the same range of ELO as them. In other words, players can be paired with those with a maximum of 200 points higher than theirs.

Additional Visuals: The game platform has added more visuals for some in-game assets, including Grima, Biswap, Hercules Armilla, and Shield of Armageddon. Also, the platform fixed the Disconnection bug reported in the PvP mod.